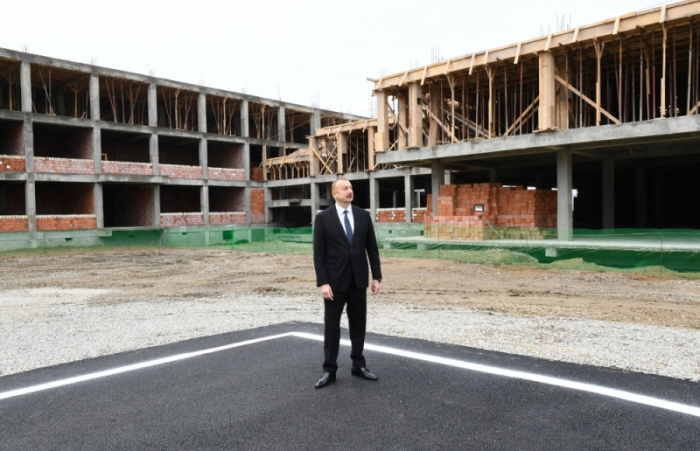 President of the Republic of Azerbaijan Ilham Aliyev has viewed the construction progress at blocks of residential buildings for 3,042 IDP families temporarily settled in dormitories in Sumgayit in the territory of Absheron district.

Chairman of the State Committee for Refugee and IDP Affairs Rovshan Rzayev informed the head of state about the work done. He said:

- Dear Mr. President, this is a site envisaged for the construction of housing for 1,890 families in Absheron district using the funds allocated from the Oil Fund on your instruction. Currently, two settlements are under construction here. One of them is intended for 1,890 and the other for 1,152 families. A school for 1,512 pupils, a kindergarten for 280 kids, a community center and a music school are being built in the first settlement. In the other, 29 nine-storey residential buildings are under construction. This settlement is expected to have 35 residential buildings and their construction is currently under way. Construction began on 15 January this year, a total of 2,200 people are involved, and modern equipment is used. We continue to work fast given the specifications of construction and expect the settlement to be fully ready by the end of November.

Rovshan Rzayev: Yes, both projects, this is a plan. Work currently progresses fast.

President Ilham Aliyev: So more than 3,000 families will be accommodated here in total.

Rovshan Rzayev: Yes, 3,042 families will be accommodated here. These are mainly displaced people who will be resettled from Sumgayit. In the city of Sumgayit there are more than 13,000 families. On the instructions of the esteemed First Vice-President, Mehriban Aliyeva, a roadmap has been prepared for the city of Sumgayit. The number of IDPs living in difficult conditions in office buildings of Sumgayit is just over 3,000. We will accommodate them and more than 1,500 people living in difficult conditions in the office buildings of Absheron district here.

President Ilham Aliyev: Very good! First of all, you should accommodate people living in the most difficult conditions, a significant part of them will be settled here. After that, these projects will be continued.

Rovshan Rzayev: Dear Mr. President, on your instruction, an area of 50 hectares has been allocated to the committee here. Of these, 17 hectares have been used. There are 1,001 families living in the first settlement. In December 2018, we celebrated the opening of this settlement. Currently, the second and third settlements are under construction. There are still 12 hectares left, and we will be able to accommodate 1,008 families there under the project. On your instructions, the project has been completely changed: instead of the envisaged 2,500 families, about 5,000 families will be accommodated here.

President Ilham Aliyev: Very good! We must plan these territories so as to construct buildings with maximum efficiency. Both the number of floors and the size of public areas must comply with the rules of town planning. Of course, every settlement should have a school, a kindergarten, a medical center, and shopping facilities. So far this settlement has been built, right?

Rovshan Rzayev: Yes, 1,001 families live here. The buildings are seven-storey and the settlement was built on 17 hectares. But after your instructions, the project was revised and nine-storey buildings are already under construction in new settlements.

President Ilham Aliyev: In general, more than 4,000 families will be accommodated in these settlements, taking into account the previously constructed buildings. I gave instructions to ensure the availability of all communications – gas, electricity, roads, water, all conditions.

Rovshan Rzayev: Landscaping is under way.

President Ilham Aliyev: Landscaping, public areas. Very good! You should plan this for next year too, because there are still a lot of internally displaced people in Sumgayit and Absheron district. In recent years, we have accommodated a significant part of them, so construction projects should be continued, including those in Baku and all other places. Is this building intended for school?

Rovshan Rzayev: Yes, this is a school. It consists of three buildings, Mr. President.

President Ilham Aliyev: Is it intended for both settlements?

Rovshan Rzayev: Yes, for both settlements. We have counted pupils and everyone will be accommodated. All projects are prepared in accordance with the rules of town planning.

President Ilham Aliyev: How many floors are there in these buildings?

Rovshan Rzayev: Seven. And nine-storey buildings are under construction now.

President Ilham Aliyev: In the future, 12-storey buildings can also be built so that we can accommodate more people.

It should be noted that under the leadership of President Ilham Aliyev, numerous important projects have been implemented to address housing and social problems of internally displaced persons at state level. The Heydar Aliyev Foundation has also greatly supported the policy pursued by the state in this direction. To date, the living conditions of 62,494 families of internally displaced persons, or a total of 315,000 Azerbaijanis from this category, have been improved. In 2020, there are plans to continue this work. All this indicates that the measures taken under the leadership of President Ilham Aliyev to improve the living conditions of refugees and internally displaced persons are of consistent nature. 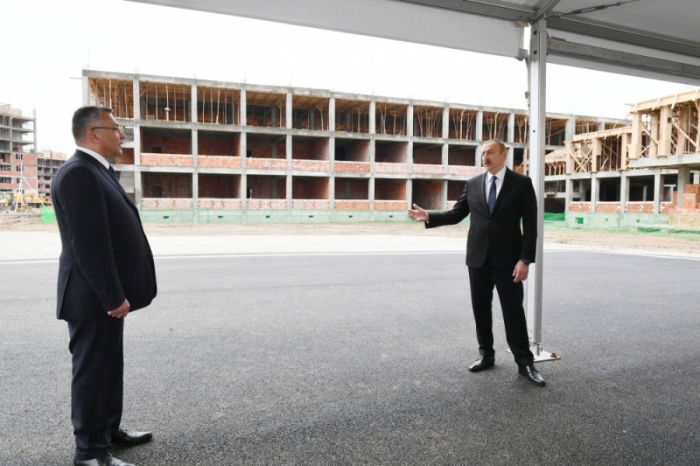 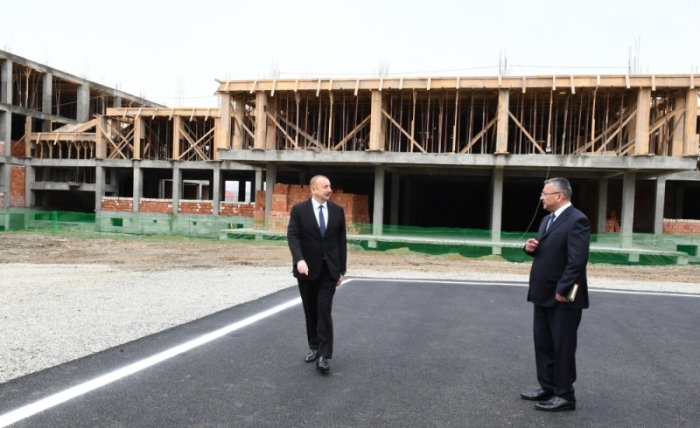 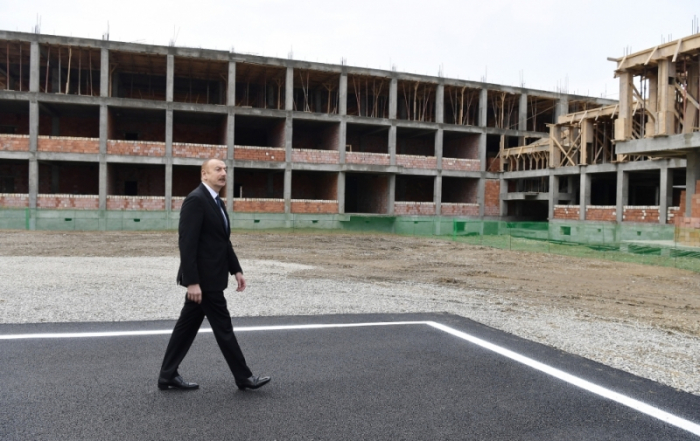 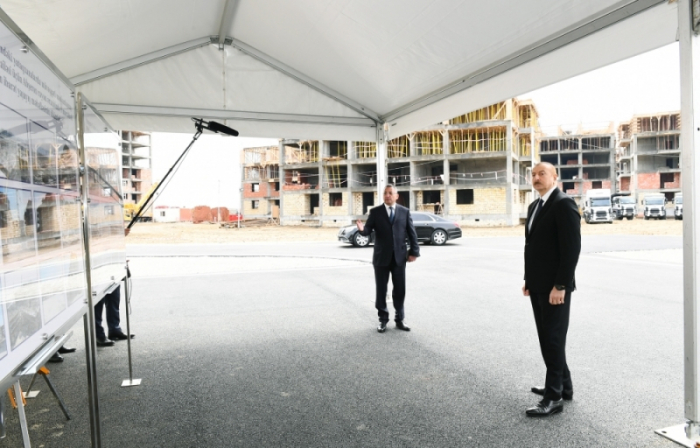 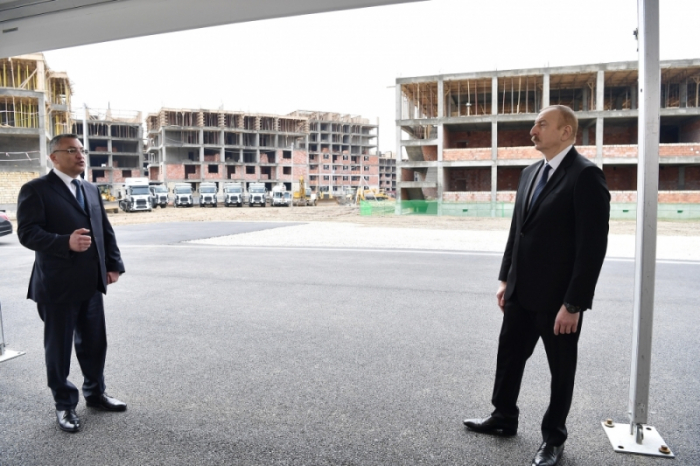 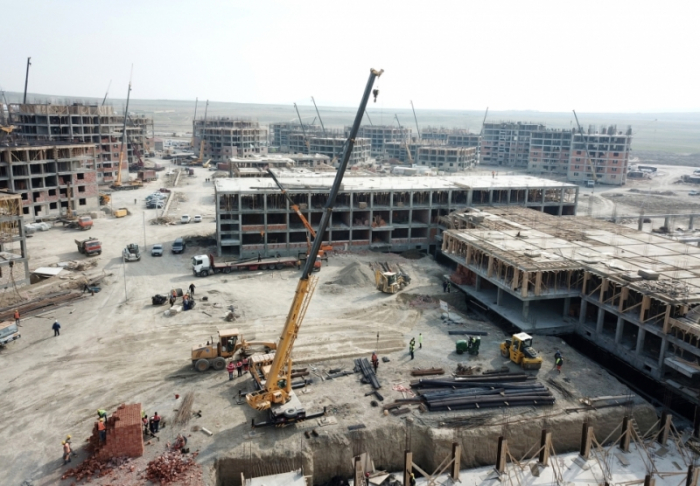 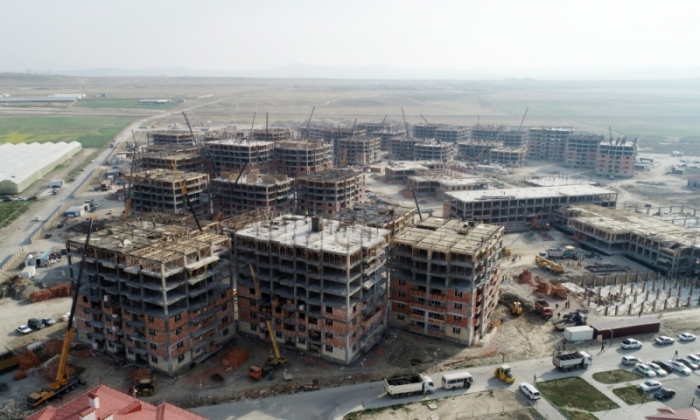 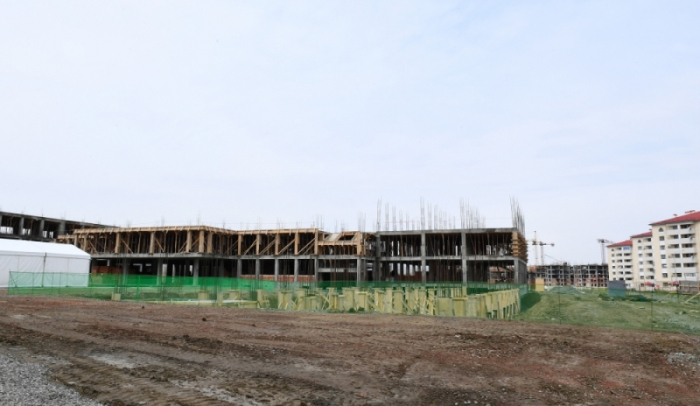 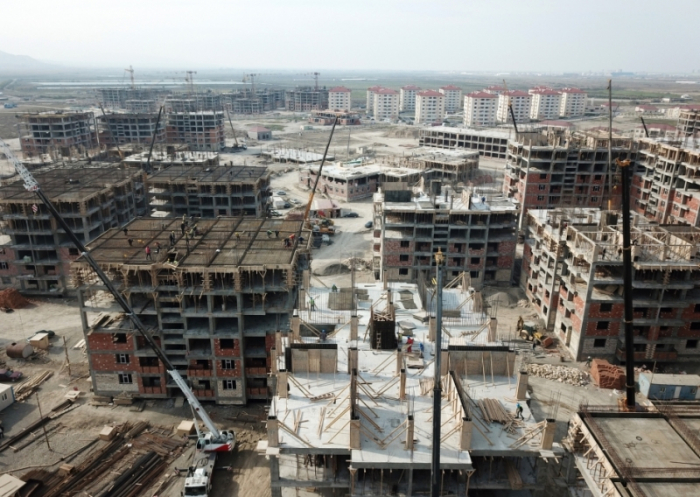