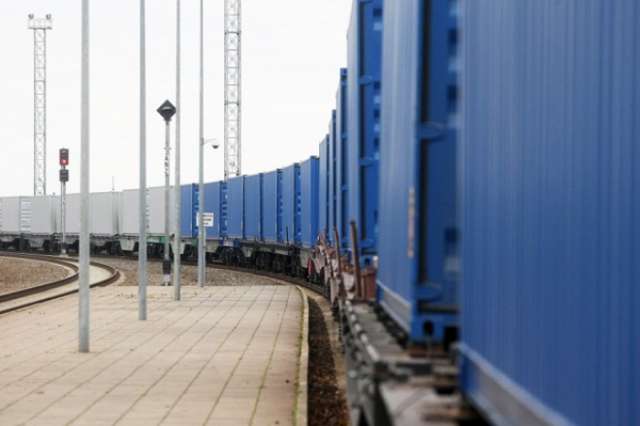 Another freight train from China to Turkey passed through the Baku port, a source in the Baku International Sea Trade Port (Port of Baku) told Trend.

“Another train, moving from China to Europe and operated by the Austrian Federal Railway, passed through the Baku port and headed to the Turkish city of Kosekoy,” the source said.

The train, loaded mainly with electronic devices, car parts and other consumer goods, arrived in Baku from the Chinese city of Xi'an within six days.

The train consists of 115 containers and is operated by OBB Rail Cargo Group, logistics company and subsidiary of the Austrian Federal Railway.

OBB Rail Cargo Group, having many branches in Europe, a staff consisting of 8,500 people and an annual turnover of 2.3 billion euros, is one of the leading European companies in the field of railway logistics.

The trains running along Xi'an-Kosekoy route will operate upon a regular schedule and will become an important part of the Middle Corridor and the China-Turkey-EU corridor in the future.

The Port of Baku, Austrian OBB Rail Cargo Group and Dutch Cabooter Group signed an agreement to strengthen and expand the freight traffic from Europe to Central Asia and China via the Trans-Caspian International Transport Route (Middle Corridor) on November 25, 2019.

The agreement envisages the expansion of the West-to-East transport corridor from Europe’s busiest logistics hubs in the Netherlands such as Venlo and Germany to Turkey (Istanbul), Azerbaijan (Baku), Central Asia and further to China.