Health Minister: Azerbaijan has system to conduct tests for COVID-19 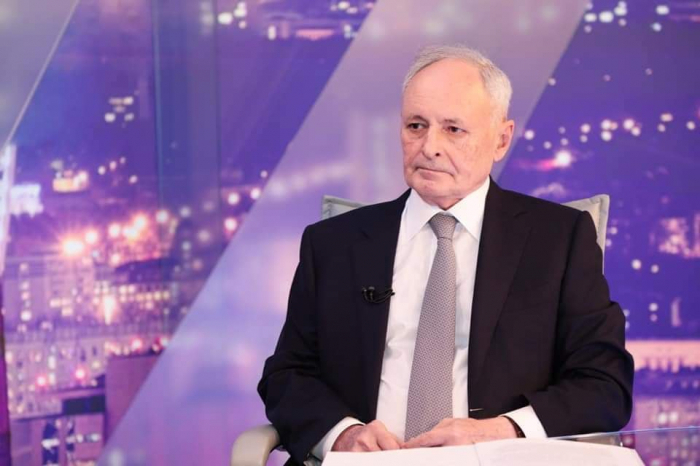 A unique system on conducting tests for coronavirus has been created in Azerbaijan, Minister of Health Ogtay Shiraliyev said in an interview to the Azerbaijan Television and Radio Broadcasting Company (AzTV), AzVision.az reports citing Trend.

The minister noted that the fight against the pandemic is being carried out orderly and decisively.

“The introduction of a quarantine regime was announced timely. However, it also creates serious problems for the economy of countries. At the meeting held on April 28, I once again noted that President Ilham Aliyev unequivocally stated that the most important thing for us is the people's health, and the next is the epidemiological situation. Our epidemiologists can conduct tests to detect the virus,” Shiraliyev added.

“Other hospitals will open soon. Our regional hospitals also comply with modern standards. As a result, when an infected person is detected in the regions, there is no need to deliver him to Baku, since all necessary measures are being taken on the spot. This is important to prevent the spread of the epidemic throughout the country,” said the minister.

Shiraliyev added that the mechanism of protection from the virus is different in each country.


“As known, the health situation has caused problems in many countries. States faced such serious problems as a large number of patients, lack of places for their accommodation, lack of beds, transportation of patients to other countries and others. This has become a big problem in many countries. One reason for this was that preventive measures in these countries were not taken in time. We can say that we did not encounter these problems, and the number of infections was many times lower than in other countries,” the minister emphasized.

“Each country has its own characteristics. The disease spreads differently in various countries, and the mechanism of protection against the virus is also different in every country. I think that our country was able to cope with these problems in a timely and flexible manner, and now we all see the results,” he stressed.

He also emphasized that 5,000 tests are conducted in the country every day.

“Even after the disease is detected, tests are carried out two more times to make an accurate diagnosis. All ongoing work on fighting COVID-19 pandemic is aimed at improving the situation,” Shiraliyev said.