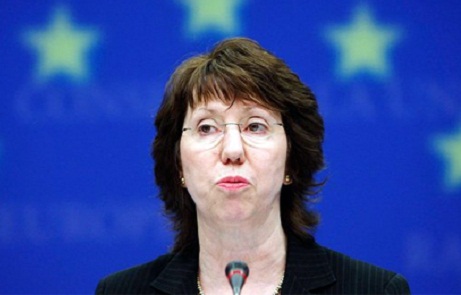 Analysts believe the Group 5+1 should offer a new package of incentives to President Rohani`s government in the course of the new round of talks, inclusive of both sides` demands and a chronological chart for both sides` expected steps to be taken,IRNA reported.
According to the IRNA correspondents in Vienna, Bern, Geneva, and Zurich, the European analysts believe the West must distance itself from its sanctions and pressure diplomacy and stop ruining the opportunities for reaching a win-win compromise.

According to them, the new package of incentives should be inclusive of the most natural expectations of both sides so that both sides will know what steps they would have to take at which expected times.

The analysts reiterate that for the west, Iran`s commitments to cooperate maximally with the IAEA, full transparency in Tehran`s nuclear program, and guarantee not to deviate towards military purposes in the future are the matters of great significance.
They believe on the other side, the Iranians expect that their right to enrich uranium in accordance with the nuclear NPT and lifting the unjustly imposed economic sanctions would be met, as key points of mutual cooperation.

They propose that the new package of incentives should be inclusive of those four demands of the two sides, while simultaneously efforts aimed at resolving the regional security conflicts, too, should be born in mind.

Zurich-based International affairs analyst, Martin Walker, voicing opposition against the imposed sanctions against Iran reiterates, "The west, and particularly the United States and the EU must have realized by now that the sanctions do not pave the path for purposeful negotiations."

He refers to the emerged hopes at the international scene after coming to power of President Hassan Rohani for resolving the Iranian nuclear issue and refers to some political experts viewpoints who believe the nuclear talks must go beyond the nuclear issue to include security issues as well.

The Swiss analyst points out that there probably are negotiations between Tehran and Washington today, noting that Iran, too, like the United States, is one of the serious opponents of the Al-Qaeda terrorist group, and Washington is well aware of this fact, but the US problem in this respect is its unilateral and unlimited support for Israel in Middle East disputes.

Walker believes in the nuclear file, too, despite the existence of differences of opinion among the different political factions, they are all agreed that Iran`s natural right to take peaceful advantage of the nuclear technology should be recognized.

He believes the west will in its upcoming nuclear talks, just like the past, speak about three axes, namely the level of nuclear enrichment, the amount of the thus far enriched uranium, and providing facilities for easy access of the inspectors to Iran`s entire nuclear facilities.

Another Swiss political analyst in Bern, Michael Warze, too, advises the EU and the United States to present positive proposals to the new Iranian president.

He notes that the new Iranian President Hassan Rohani has asked for détente with the world, emphasizing, "Rohani`s remarks on moderate approach and lenience are not hollow mottoes; he has thus far spoken very precisely and is after keeping his promises."

The Swiss analyst reiterates, "Iran has a rich and ancient culture and the Iranians have a long history so in treating this nation sticking to the rules of humanity is a bare necessity."

He adds, "The Iranian people have today elected President Hassan Rohani with their high votes and their vote should be respected; it is now the turn for the United States and Europe to send positive signals to Rohani, sine otherwise the nuclear dispute will go on and on uselessly."

Warze says keeping in mind that President Rohani is a logical personality and well acquainted with the international norms and protocols, he is now advising the westerners to use the emerged opportunity for reaching compromise with the new government.

Meanwhile, the phone call of the EU Foreign Policy Chief, Catherine Ashton and the new Iranian FM Mohammad -Javad Zarif, too, was in the focus of attention of the media and analysts in Vienna and Geneva.

The Austrian daily Standard referring to Ashton`s comment that the EU is after diplomatic resolving of the Iranian nuclear issue, reiterates that the Group 5+1 favors resuming negotiations with Iran with that approach.

The Austrian daily reminds the west that in order to build a bomb there is need to 90% enrichment, reiterating that the range of enrichment in Iran is between 5 to 20 percents, which is appropriate for energy production and medical purposes.

The Austrian news agency APA, too, in a similar report refers to both ends` serious will to resume the nuclear talks.

Geneva`s Tribune daily, too, in a report wrote, "The head of the EU diplomacy and the team of nuclear talks with Iran in its phone talks with the new Iranian foreign minister asked for urgent resuming of the nuclear talks between the big world powers and Iran."