"Until 1 January 2021, taxpayers will be granted tax benefits" - President 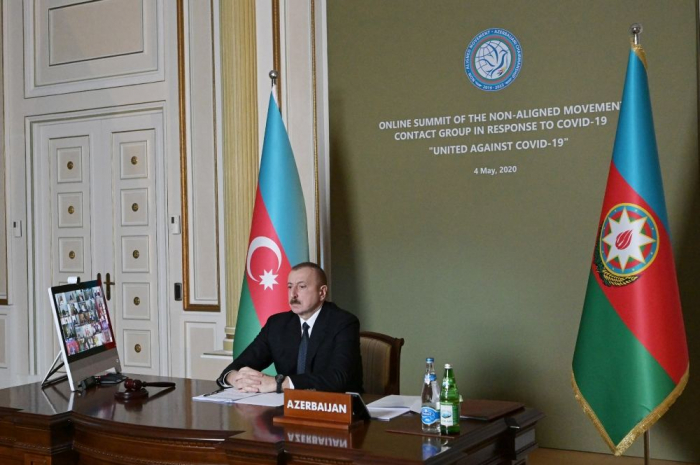 Until 1 January 2021, taxpayers will be granted tax benefits and tax breaks for areas of activity worst affected by the pandemic, said Azerbaijan’s President Ilham Aliyev while making an opening speech at the online Summit of the Non-Aligned Movement Contact Group in response to Covid-19, AzVision.az reports.

“To ensure economic stability in Azerbaijan, solve the problems associated with employment, ensure macroeconomic and financial stability, a socioeconomic support package in the amount of more than 3.5 billion manats or $ 2 billion was adopted. In general, the state has fully retained the salaries of more than 900,000 people working in the public sector and pays a significant part of the salaries of 690,000 workers in the non-state sector. Along with this, funds in the amount of the subsistence minimum are paid out to 600,000 low-income, unemployed and informally working people for two months,” said President Ilham Aliyev.

He noted that for the social protection of the unemployed, there are plans to create 90,000 public jobs by the end of the year.

“The state will provide a guarantee for 60 percent of new loans issued by banks to entrepreneurs. Until 1 January 2021, taxpayers will be granted tax benefits and tax breaks for areas of activity worst affected by the pandemic. All this is only a part of the steps being taken. In general, our people highly appreciate the measures being taken by the state,” said President Ilham Aliyev.