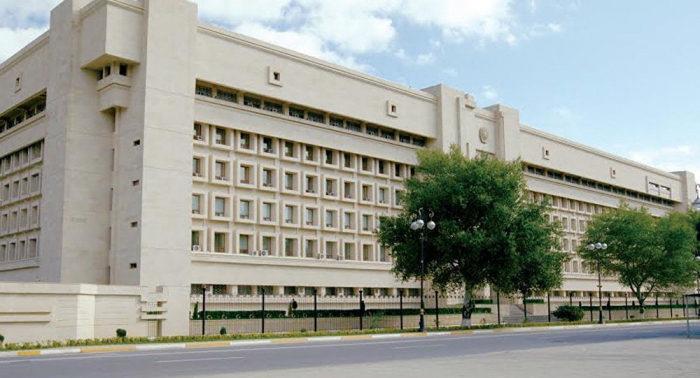 The State Security Service of Azerbaijan has taken measures to stop illegal actions casting a shadow on the activities of authorities, some officials, who, in the name of their interests, harm the state’s legally protected interests in the protection of monuments considered as cultural and historical heritage of the Azerbaijani people.

As a result of the investigation, it was revealed that Deputy Minister of Culture Rafig Bayramov and Head of the State Service of Cultural Heritage Conservation, Development and Rehabilitation under the Ministry of Culture Zakir Sultanov abused their official powers, committed numerous violations that significantly harm the interests protected by society and state laws, and human rights.

During a search conducted by the State Security Service on May 8, 2020, in the offices and apartments of Rafig Bayramov and Zakir Sultanov, various notes on the amounts of funds accepted by officials of the Ministry of Culture, cash in various currencies, other documents and material evidence of importance to the case, were found.

During the investigation, there were substantial suspicions that Zakir Sultanov was constantly embezzling part of the budget allocated for the necessary work on protection, restoration, reconstruction of historical monuments and cultural samples that are centuries-old cultural heritage and asset of the Azerbaijani people.

As part of the current criminal case, the investigation on materials related to obtaining consent to carry out reconstruction work on architectural buildings that are considered cultural heritage in exchange for money, continues.

The investigation also revealed serious suspicions that Rafig Bayramov, through the heads of regional departments of the Ministry of Culture, arranged extra hours for teachers of music schools operating in the districts, and received funds withheld from their salary, as well as from other illegal sources every month.

It was also revealed that part of the state funds allocated for the construction of music schools, houses of culture, libraries, art schools, galleries, clubs, museums and other cultural institutions in the country were cashed and embezzled personally by Rafig Bayramov and through the heads of regional departments of the Ministry of Culture.

In a criminal case conducted in the State Security Service, Rafig Bayramov and Zakir Sultanov were imposed with a pre-trial restraint as an arrest because of official misconduct, misappropriation of funds and forgery. Both of them are involved in the investigation under the relevant articles of the Criminal Codec of Azerbaijan.

The investigation is ongoing.