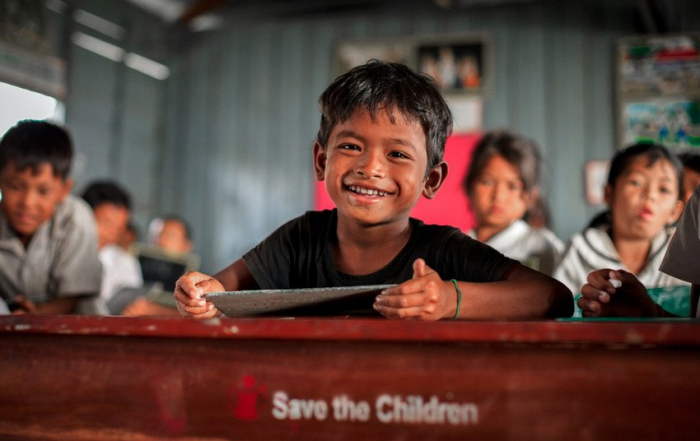 A few short months ago, we were talking about the 2020s as the “decade of delivery” for the Sustainable Development Goals. Now, we are facing a “lost decade” as the COVID-19 pandemic threatens to roll back the hard-won gains of the last 30 years. Can we prevent a great reversal in development?

That is the question hanging over millions of the world’s most vulnerable and disadvantaged children. The health, the hopes, and, in some cases, the lives of these children are on the line — not that you would know it from the international response.

While the direct effect of the new coronavirus on children may be limited, the poorest of them will be among those worst affected as health systems are strained and national economies nosedive.

Take child survival. We have seen extraordinary progress: Children born today have less than half the risk of dying before the age of 5 than children born in 1990. That progress could stall. Budgets are tightening, supply chains for vaccines have been disrupted, and COVID-19 is placing new demands on health systems already struggling to cope with killer diseases.

Modeling has provided a measure of the risks. Researchers at the Johns Hopkins Bloomberg School of Public Health have estimated the impacts of a 15% reduction in basic health system interventions over just six months. The result? Additional child deaths totaling 253,500. This is not a price we should be willing to pay.

These are not just theoretical risks being played out on a computer screen. The world is rightly focused on this devastating viral pneumonia pandemic. But what about the pneumonia that kills 800,000 children every year — an epidemic that could be beaten with basic antibiotics costing 50 cents, simple medical oxygen, and early diagnosis? It would be an unforgivable lapse if, in combating COVID-19, we left more children to die from a disease we should have curtailed years ago.

Vaccine campaigns are already being suspended. While the international community seeks a vaccine for COVID-19, Gavi reports that more than 13 million people will miss out on routine vaccinations. That will cost lives, which is why $7.4 billion replenishment of Gavi next month is critical.

Rising levels of child poverty and malnutrition will compound other health threats. Children will bear the brunt of what the World Bank predicts could become the first reversal in global poverty since the late 1990s. An additional 22 million to 33 million children could be left below the $1.90 extreme poverty threshold in sub-Saharan Africa alone.

Malnutrition is already implicated in half of child deaths. Plausible scenarios for income losses and rising food prices in developing countries could put another 7 million children at risk of stunting. Meanwhile, some 370 million are missing out on school meals — often their only nutritious meal of the day — because of school closures during lockdown.

So how do we prevent the 2020s from becoming a lost decade for children?

First, accept that the futures of desperately vulnerable children depend on international cooperation. Developing a COVID-19 vaccine, providing protective equipment and medical supplies, and supporting testing are our routes to an exit from the pandemic. But we also need aid finance to provide a shield against collateral damage to health systems.

Second, act now, reflect later. With millions of children at risk of poverty and malnutrition, there is a premium on speed. Putting more money into safety nets and nutrition interventions that operate at scale is better than waiting for a humanitarian disaster. We need the equivalent of a global Marshall Plan for safety nets in the poorest countries.

Third, put children before debt repayments. The industrialized and emerging-market nations that constitute the Group of 20 have agreed to suspend the repayments to official creditors of 76 of the poorest countries. This could save $14 billion.

However, more than twice that amount will be paid to commercial creditors, which have so far refused requests for commensurate treatment by the International Monetary Fund and World Bank. So how about a facility — under UNICEF and the World Bank — through which waived debt service payments could be converted right now into child grants and other safety net provisions for women and children?

Fourth, recognize that money matters. Rich countries have torn up fiscal rule books and crossed monetary policy red lines with an abandon merited by the pandemic emergency. The World Bank and the IMF should be deployed to the same effect on behalf of the poorest countries and emerging markets.

To their credit, both institutions are providing leadership — but their major shareholders are lagging. The World Bank is front-loading $50 billion from the International Development Association for the poorest countries. But front-loading is not new money. IDA will need a supplementary COVID-19 budget.

More broadly, at a time of low interest rates and urgent social need, the World Bank should be using its AAA credit rating to obtain money for concessional lending. New credit guarantee arrangements from rich shareholders would help.

The IMF is expanding its financial arsenal, but shareholder conservatism remains a constraint. Developing countries urgently need liquidity. The IMF’s special drawing rights, or SDRs, are a perfect vehicle. In effect, the SDR is a reserve currency that its members can draw on without creating new debt — think overdraft without the punitive interest rates. Adding $1 trillion to the reserve and giving privileged drawing rights to developing countries would help stave off economic depression, keeping millions of children out of poverty.

One day, historians will assess the COVID-19 legacy. It falls to us to ensure that legacy does not include a devastating setback for children who have a right to expect our best efforts in defending their hopes for a better future.

Chief executive of Save the Children UK