Minister: Concept for integration of all Azerbaijani smart systems under discussion 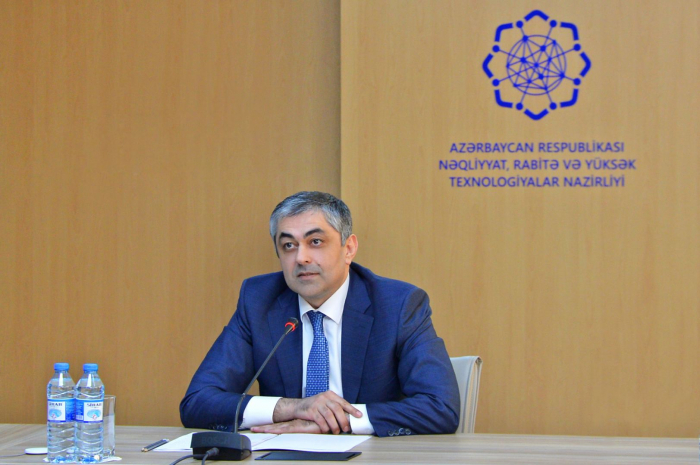 The Azerbaijani Ministry of Transport, Communications and High Technologies and Cisco company discussed the joint activity and determined the future plans during a video conference, a source in the ministry told Trend.

During the speech at the event, Azerbaijani Minister of Transport, Communications and High Technologies Ramin Guluzade stressed that the use of high technologies is a priority during the coronavirus pandemic, which has a big impact on the global economic processes and trade.

The minister thanked the Cisco management for close cooperation and support in creating the appropriate infrastructure to conduct high-level video conferences in the country.

Guluzade also stressed that Cisco regional director for Azerbaijan Vladimir Orlov was awarded with an honorary diploma for the rendered support on April 21, 2020.

"It is important to further expand the cooperation on the introduction of high technologies in the country,” the minister said. “We are currently working with your company on eight digital priority projects. The implementation of these projects plays an important role in the development of innovative technologies in Azerbaijan."

While speaking about the implementation of the Connected Government project for video conferences, which is an important tool during the COVID-19 pandemic, the minister emphasized that a number of significant meetings were organized by using Cisco network technologies and the Azcloud platform.

Guluzade stressed that AzInTelecom, which is subordinate to the ministry, has launched a video conferencing service known as VCaaS for private companies and state agencies based on the Cisco Meeting Server solution.

The minister made a proposal to consider the possibility of extending the service license term for its successful functioning in the future.

“As for the Smart City project, the pilot project concept entitled Coordinated Central Bus Stop was successfully completed,” the minister said. “It was submitted to the country's leadership in December 2019. It is important to fully determine the priorities of digitalization in Azerbaijan and expand the application of innovative technologies in the development of the country's economy.”

“In this regard, the ministry sent an information request to a number of international companies to collect the information on consultations on the Smart City project, which will start soon,” Guluzade added. “Moreover, we are discussing the “Single Country Panel” concept with Cisco and Quantela for the integration of all smart systems of the country. We propose to consider the possibility of financing Cisco consulting services that will be rendered as part of the Smart City project.”

The minister stressed that the Ministry’s ICT Applying and Training Center has been certified under the Cisco Networking Academy program.

“This training center also built a Cisco training laboratory with equipment given free of charge by the Cisco office in Azerbaijan,” Guluzade said. “The Connected Schools project is also being implemented.”

In turn, Orlov said that during this difficult period, the local team was able to render timely and successful support for some Azerbaijani state agencies by implementing Cisco solutions to ensure sustainable activity.

"The company is pleased to act as a key partner of Azerbaijan in the field of innovations and digitalization," Orlov said.