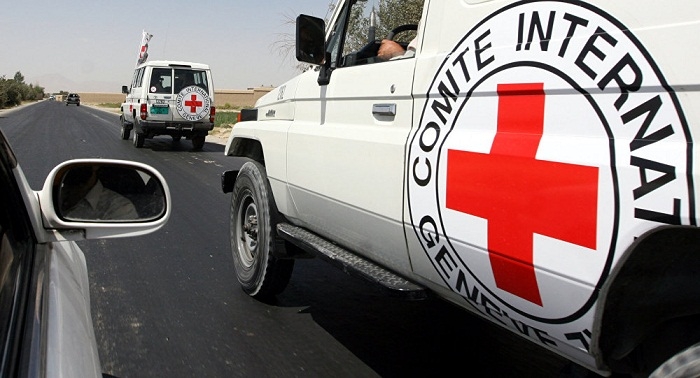 The International Committee of the Red Cross (ICRC) is constantly monitoring the detention conditions and health conditions of Dilgam Asgarov and Shahbaz Guliyev, who were detained by the Armenian servicemen in Kalbajar district, Ilaha Huseynova, head of the PR department of the ICRC’s representative office in Azerbaijan, told AzVision.az.

“In accordance with the ICRC’s mandate, the conditions of detention and treatment with the people detained in connection with the Armenia-Azerbaijan Nagorno-Karabakh conflict are monitored and assistance is rendered for the detainees to be in contact with their family members,” Huseynova said.

“The ICRC also maintains a dialogue with the people responsible for the places of detention by monitoring the health condition of the detainees and the process of rendering medical services to them,” head of the PR department said.

“The dialogue with the corresponding bodies is underway during the coronavirus pandemic, the topics of which are confidential,” Huseynova added. “The information about the health condition of these individuals is transmitted only to their family members.”

“The monitoring is carried out directly at the place of residence of these individuals, taking into account the rules and recommendations in connection with the existing situation, based on the principle of non-harm to the ICRC’s activity related to the detainees,” head of the PR department said.

During an operation in July 2014 in Shaplar village of Azerbaijani Kalbajar district occupied by Armenia, the Armenian special forces killed Azerbaijani citizen Hasan Hasanov, and took hostage two other Azerbaijanis, Shahbaz Guliyev and Dilgam Asgarov. A "criminal case" was initiated against them. All of them intended to visit the native places and graves of their relatives. Afterwards, a "court" sentenced Asgarov to life imprisonment and Guliyev to 22 years in prison.