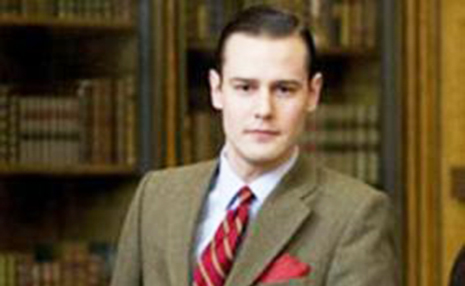 ?nterview with Alex Petersen, author of The World Island: Eurasian Geopolitics and the Fate of the West and co-editor of chinaincentralasia.com.
The National Interest has recently published your article entitled `Kerry, Go Fix Karabakh!` in which you have called on the US Secretary of State tosolve the Karabakh conflict. Do you think that Kerry can succeed in this issue?

If there was sustained interest and concerted effort at the State Department in the United States, Secretary Kerry could almost certainly solve the Nagorno-Karabakh conflict. There is not that far to go with the facilitation of a high-level Western international personality. Kerry has the unique aspect in his favor that he is trusted by the Armenian community internationally. This is important for getting genuine commitment from the Armenian side for conflict settlement. If the U.S. administration were savvy, it would realize that solving Karabakh is a much more achievable success than solving the Israeli-Palestinian conflict.

The United States has appointed a new co-chair of the OSCE Minsk Group. Azerbaijani citizens do not trust the co-chairs and view them just as `tourists`. Do you think the new co-chair will be able to do anything positive in this direction?

The new co-chair Ambassador Warlick is a very capable man and will take his role very seriously. He has an appropriate background for the position, in having led tough negotiations with the government in Afghanistan. He also knows the conflict and the region, having worked on European security issues. The problem is not Warlick himself, but rather his position. To illustrate that the United States is serious about conflict settlement, it should upgrade the Minsk Group co-chair position to the status of a Special Envoy, who reports directly to the Secretary of State and the White House.

What do you think about the visit of Azerbaijan`s Defence Minister Safar Abiyev to the U.S.?

The Defense Minister`s visit was very fruitful by all accounts. It is a sign of the growing strategic relationship between Azerbaijan and the United States and is a powerful symbol of potential future cooperation. Minister Abiyev and Secretary Hagel discussed mutual concerns about Iran and regional security. This is a positive sign for both countries that should hostilities erupt Washington and Baku will be able to rely on one another.

Although he was elected some time ago now, Rouhani was only recently inaugurated. That said, it does not seem to me that the narrative about his being a so-called moderate makes sense when it comes to regional security. He may not be as vocal on the nuclear issue as his predecessor, but he seems just as aggressive in the region.