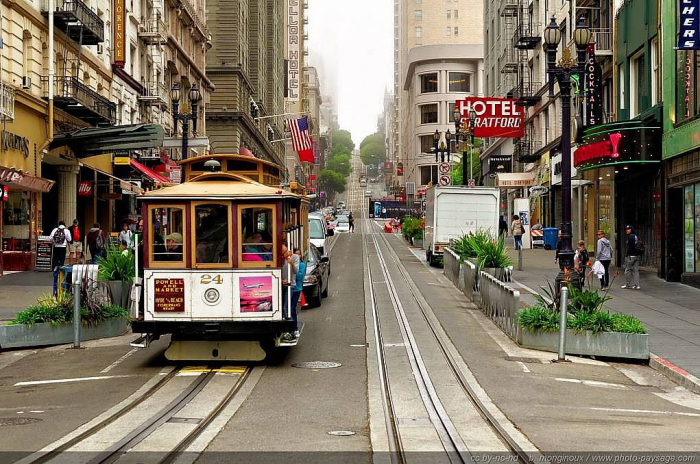 The City of Torrance in the U.S. State of California has proclaimed May 28 as “Azerbaijan National Day” in the city.

The relevant proclamation was signed by the Mayor of Torrance Patrick J. Furey, the Consulate General of Azerbaijan in Los Angeles told AzVision.Az.

The proclamation, which was sent to the Consulate General of Azerbaijan in Los Angeles, notes that “on May 28, 1918, Azerbaijan declared its independence establishing the Azerbaijan Democratic Republic, which became the first secular parliamentary democracy in the Muslim world and was recognized by other democratic nations, including the United States of America.”

It is also stated that “during the short period of independence, Azerbaijan granted all people the right to vote regardless of race, gender, ethnicity and religion, becoming the first Muslim nation to grant women equal political rights with men, an accomplishment preceding the United States.”

The document stresses that after restoring its independence in 1991, “the Republic of Azerbaijan has consolidated its freedom and independence, and has become one of the world’s fastest developing and modernizing countries, the largest economy of the region and the biggest U.S. trade partner in the South Caucasus.” It further mentions that the United States was one of the first countries to recognize the Republic of Azerbaijan and establish full-fledged diplomatic relations with it.

The proclamation also states that each year “millions of Azerbaijanis around the globe, including tens of thousands in the USA, observe May 28 as the National Day and remember the contribution of their forefathers to the spread of democracy in the regions of Caucasus, Central Asia and Middle East.”

In the end, Mayor Furey proclaims May 28 to be the “Azerbaijan National Day” in the City of Torrance and urges all city residents to join in this celebration. 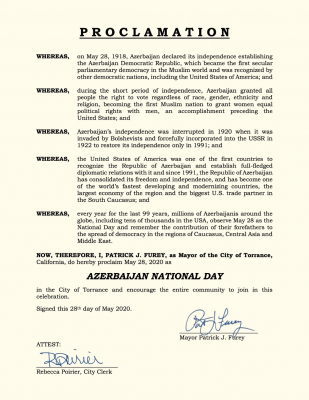