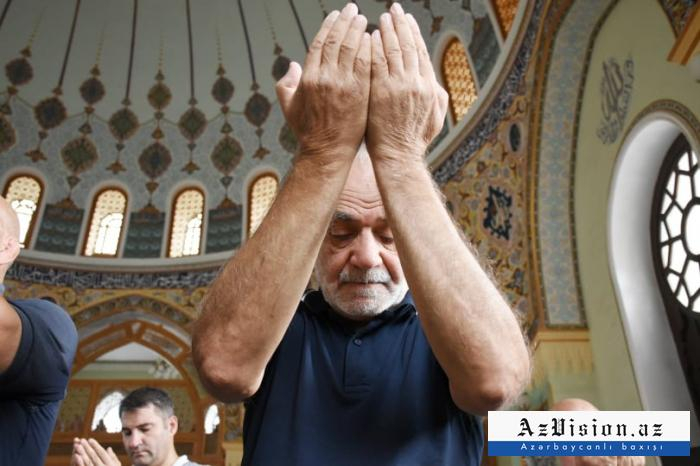 Eid al-Fitr marks the end of Ramadan, the most sacred and anticipated month in Muslim calendar.

Throughout Ramadan, Muslims abstain from eating and drinking from dawn to sunset. While fasting, believers should also avoid all forms of sinful behavior during the holy month.

Ramadan is the ninth month of the Muslim calendar. The Night of Power, when the Quran, the holy book of the Islamic world, was first revealed to the Prophet Muhammad, falls in the final 10 days of Ramadan.

Celebrations start with the sighting of the new moon, which means the end of the holy month of fasting. The dates change annually as they’re determined by the sighting of a new moon.

During Eid Al-Fitr, Muslims usually visit a mosque and participate in mass prayer, give charity, abstain from committing sins.

The Eid prayer is performed in congregation in open areas or mosques. After the prayers, Muslims visit their relatives, friends, and acquaintances and exchange gifts or hold large communal celebrations in homes, community centres, or rented halls. Delicious pastries are baked for the occasion of the great holiday, the graves of relatives are visited, and people pray in mosques.

This year's Eid Al-Fitr is rather quiet as most countries are in lockdown due to the coronavirus pandemic across the world. The social distancing rules make it impossible for Muslims to perform mass prayer on the last day of Ramadan.

Earlier, on 24 March, Azerbaijan banned religious gathering as part of the special quarantine regime. The country also banned the gathering of more than ten people as part of the lockdown. The Caucasus Board of Muslims said it is impossible to resume mass prayers in Azerbaijan, including the Ramadan prayer, due to the ban on gatherings of more than 10 people amid COVID-19.

The Caucasus Board of Muslims also said that on the Ramadan holiday, people can congratulate each other, but collective prayers are not necessary. There is no need to pray in a group of 3-5 people at home.

Azerbaijan, a predominantly Muslim country, has been celebrating the Ramadan officially since 1993, following the collapse of the Soviet Union.

The country has always been one of the historical and cultural centres of the Islamic world.

For many centuries, people in Azerbaijan have preserved their religious and national values.