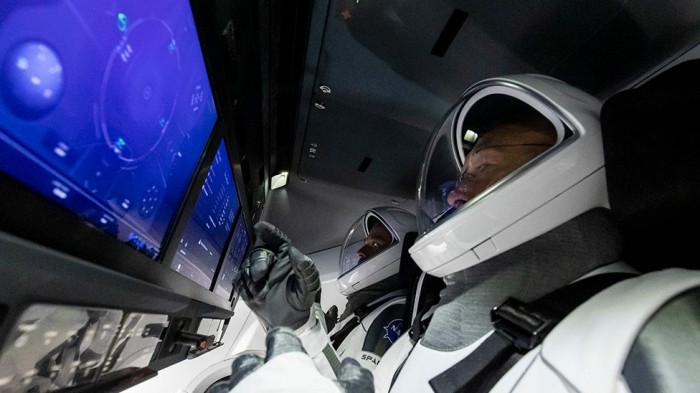 The mission, the first crewed outing from American soil in nine years, will see the pair ride to orbit in a SpaceX Falcon rocket and Crew Dragon capsule.

It's a demonstration of the new "taxi" service the US space agency will be buying from the Californian firm.

The weather around the Kennedy Space Center in Florida may have other ideas, however.

A forecast released on Saturday by the US Air Force 45th Weather Squadron predicted just a 40% chance of favourable conditions come launch time.

There is a strong possibility the Kennedy complex could see thick cloud, rain and even thunder.

If controllers are forced to scrub, everyone will come back on Saturday for a second try. 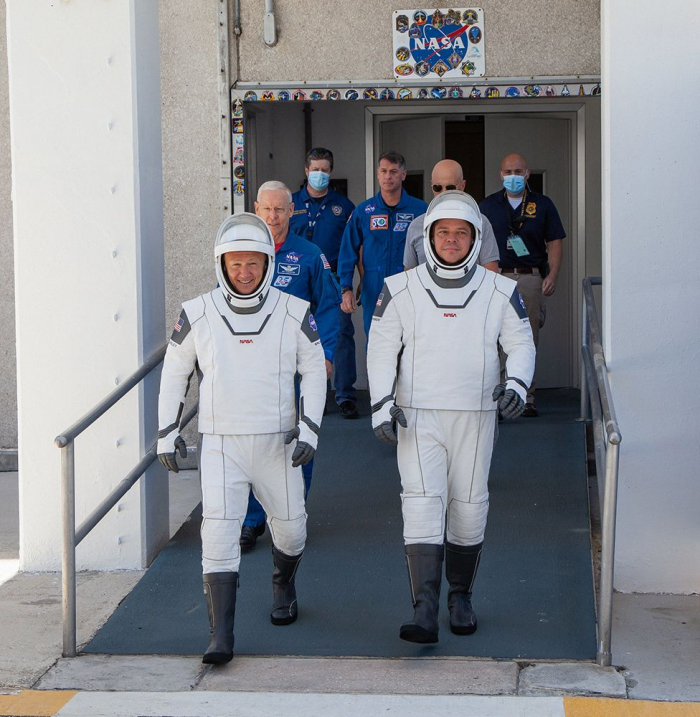 Hurley and Behnken are now all but done with their preparations.

The weekend "Dry Dress" rehearsal saw the pair don their made-to-measure spacesuits, walk out to a Tesla, and then make a 6km drive down to Kennedy's famous Launch Complex 39A.

Their SpaceX Falcon-9 rocket has been sitting erect on the pad since Thursday.

The men then got in the service tower lift to go up to the access arm gantry and climb into the capsule.

The run-through gave all launch personnel - not just Hurley and Behnken - the opportunity to remind themselves of what's to come.

There is huge focus on this mission. Not since the space shuttles were retired in 2011 has America been able to launch its own astronauts. Getting crews to the ISS these past nine years has been a task entrusted solely to Russia and its Soyuz rocket and capsule system.

Nasa has contracted both SpaceX and aerospace giant Boeing to pick up where the shuttles left off.

The difference this time is that the agency will not own and operate the vehicles. It will merely be buying "tickets to ride".

SpaceX and Boeing will be free to sell their services to other space agencies, other companies and even individuals.