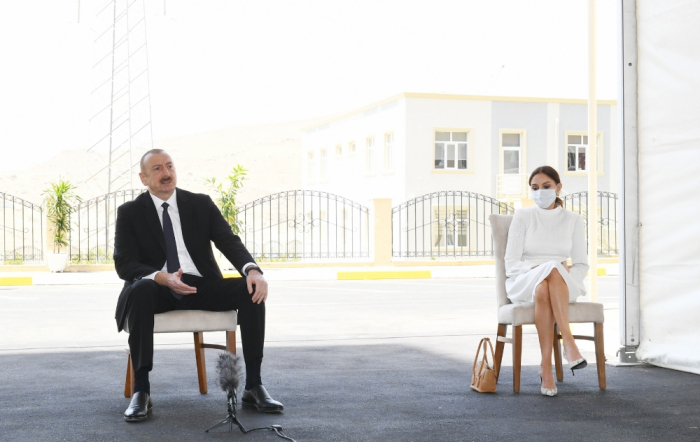 "Today is Republic Day. Certainly, the Azerbaijan Democratic Republic is our source of pride. Every Azerbaijani citizen is proud of the fact that the first republic was established in Azerbaijan in the Muslim world. Azerbaijani people were its initiators," President Ilham Aliyev said at the inauguration of Gobu Park-3 residential complex for the internally displaced persons in Garadagh district, Baku, Azvision.az reports.

"70 years later, Heydar Aliyev raised our tricolour flag again in Nakhchivan. If you have the power, the flag will always be high. At the session of the Supreme Soviet of Nakhchivan, the state flag of the Azerbaijan Democratic Republic was adopted as the official flag. A petition was submitted to the Supreme Soviet of Azerbaijan to take the same step. They did not take the same step because they were afraid. At that time, the Soviet Union had not yet collapsed. They feared that they would be reprimanded from Moscow. Therefore, this historic day must always be our source of pride. As Azerbaijani people and Azerbaijani government, we must make our independence eternal, " President Ilham Aliyev underlined.