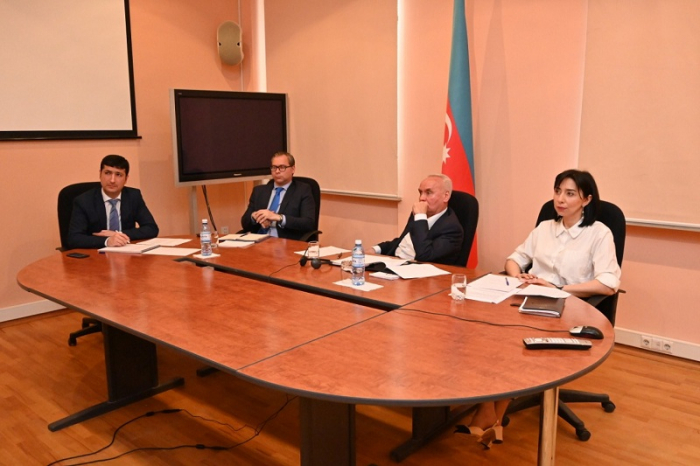 Azerbaijani Deputy FM highlighted the significance of the dialogue with the EU in the security field stating the importance and efficiency of the meetings held in Baku in a relevant sphere with the participation of the EU officials.

Mahmud Mammad-Guliyev expressed his gratitude to the EU for its support to the independence, sovereignty and integrity of Azerbaijan. Guliyev also expressed his confidence that these principles will remain unchanged as a key element in the relations among EU and Eastern Partnership countries.

Enrique Mora stated that Azerbaijan is one of the main partner countries of the Eastern Partnership programme of the EU highlighting its contributions to the regional security and stability and main role in the development of intercultural dialogue.

More also noted that Azerbaijan has great potential in cooperation with the EU in the transport sector.  Besides, he highly appreciated the measures taken in combat against the spread of the COVID-19 and expressed the readiness of the EU to support Azerbaijan in the mitigation of the pandemic impact.