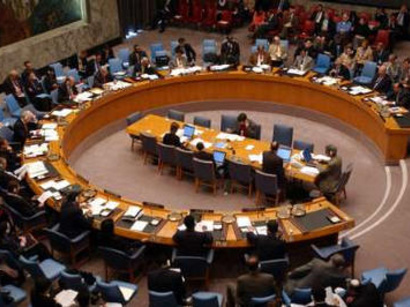 The UN Security Council late Wednesday called for a "thorough, impartial and prompt investigation" of the allegation made by the rebels of chemical weapons attacks in Syria.
The council issued a statement after meeting for two hours on allegations earlier Wednesday by the Syrian opposition that President Bashar al-Assad`s regime had killed at least 1,300 people in "poisonous gas" attacks on rebel strongholds near Damascus.

Diplomats said it might be difficult for UN inspectors to reach a site under attack because of the fighting. The issuance of the statement indicated agreement on the council that the allegations should be investigated.

Apparently the 15-nation council members had taken a vote behind closed doors before allowing its president, Argentine Ambassador Maria Cristina Perceval, to read the statement to reporters. It is a normal, but rare practice for council members to vote on whether to issue a statement, particularly a controversial one.