Ex-Pope Benedict on why he resigned: `God told me to` 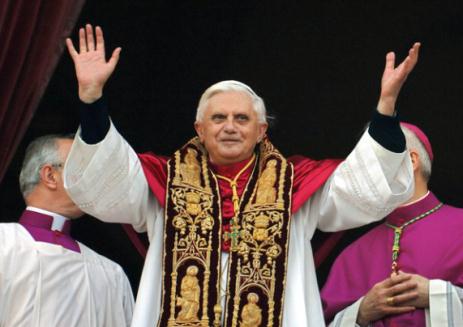 Former Pope Benedict XVI, who shocked the world by resigning in February, has reportedly revealed that God told him to do it during a "mystical experience."
The first pontiff to step down in six centuries, Benedict said, "God told me to," when asked about his decision to dedicate himself to a life of prayer instead.

The 86-year-old pope emeritus said he had not witnessed a vision of God but had undergone a months-long "mystical experience" during which God gave him the "absolute desire" to forge a deeper relationship with him. Benedict also said that the more he witnessed the "charisma" of his extremely popular successor, Pope Francis, the more he understood how his stepping aside was the "will of God."

The former pontiff`s comments were reported by the Catholic news agency Zenit, which did not disclose to whom Benedict made the remarks. But the report was backed by a senior Vatican source. "The report seems credible -- it accurately explains the spiritual process that brought Benedict to resign," the source told The Times.

When announcing his resignation to cardinals on Feb. 11, Benedict had focused on his ill health, stating his strength "has deteriorated in me to the extent that I have had to recognize my incapacity to adequately fulfill the ministry entrusted to me."