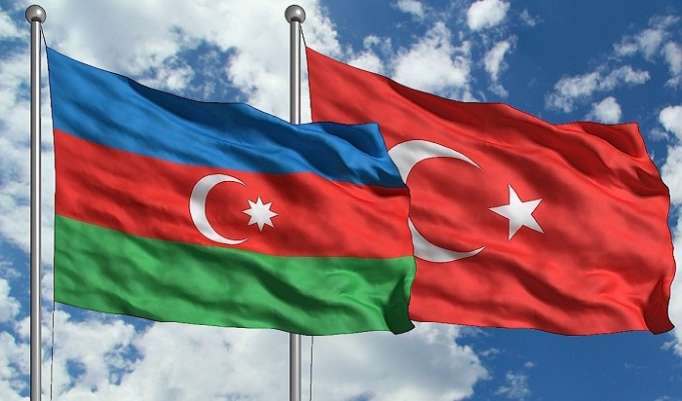 The videoconference was opened by Chairman of the Health Committee of the Azerbaijani parliament, Head of the working group on inter-parliamentary relations with Turkey, academician Akhliman Amiraslanov.

Amiraslanov conveyed greetings of Chairperson of the Azerbaijani parliament Sahiba Gafarova to the Turkish MPs.

During the videoconference, the sides stressed that this meeting was organized on the initiative of the heads of the parliaments of the two countries.

Amiraslanov provided detailed information about the work conducted in Azerbaijan to combat the coronavirus pandemic, which has covered the whole world.

The sides also emphasized that thanks to the preventive measures taken on the initiative and under the leadership of Azerbaijani President Ilham Aliyev and First Vice President Mehriban Aliyeva, positive results have been achieved in the fight against the pandemic.

The academician stressed that an Operational Headquarters was created under the Azerbaijani Cabinet of Ministers. The implementation of the large-scale measures was launched to prevent the threat of the spread of coronavirus. The number of coronavirus infected people, as well as fatal cases in Azerbaijan are much lower than in other countries thanks to these measures.

The head of the working group stressed that in the fight against the COVID-19 pandemic, the Azerbaijani government mobilized all its capacities, and 21 hospitals operate in the country to treat coronavirus infected patients.

In turn, Head of the Turkey-Azerbaijan inter-parliamentary friendship group of the Grand National Assembly Shamil Ayrim made a detailed report about the fight against COVID-19 in Turkey.

Ayrim conveyed the greetings of Chairman of the Turkish Grand National Assembly Mustafa Sentop to Chairperson of the Azerbaijani parliament Sahiba Gafarova and to all Azerbaijani MPs.

While speaking about the brotherhood of two countries and peoples, Ayrim expressed confidence that the inter-parliamentary relations between the two countries will continue to develop.

Having expressed gratitude to President Aliyev, Ayrim stressed that he was very happy to be awarded with the Azerbaijani Order of Dostluq.

The importance of exchange of views in the field of legislation was stressed.

At the end of the videoconference, Amiraslanov stressed that the heads of both states countries set important tasks for further developing relations between the two countries and ensuring their multidisciplinary nature.