Why litter is surging as lockdowns ease - iWONDER 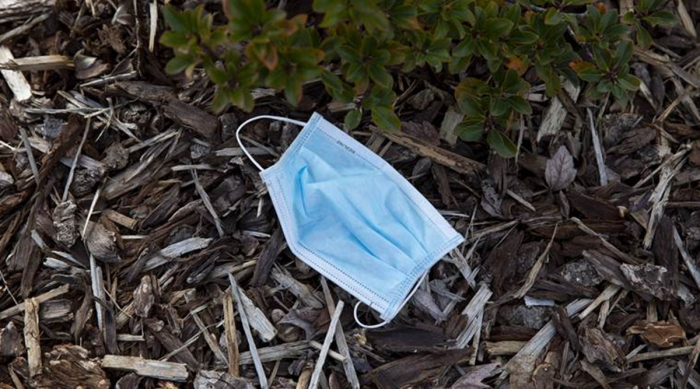 Recent visitors have left mounds of rubbish at public spaces and beauty spots across the world. What’s driving this behaviour?

Research suggests that littering can be challenging to eradicate in the best of times – and these clearly aren’t the best of times. So what is it about current circumstances that’s driving this surge, and is there anything we can do to contain the problem?

In general, people justify littering by saying that bins are overflowing or too far away – although others believe the root cause is laziness or ignorance. In places where governments can’t afford to pay for rubbish collection, like informal settlements in Maputo, Mozambique, literal walls of rubbish can result.

Like every other aspect of our everyday lives, rubbish and recycling collection has been disrupted in some places by the Covid-19 pandemic. This context is crucial because waste disposal depends on “social proof”, or the copying of others’ behaviour. “If you see a place that’s full of litter and a mess, you’re more likely to think that it doesn’t matter,” says coaching psychologist Stephen Palmer of the International Academy for Professional Development and University of Wales Trinity Saint David. “If you actually see someone dropping litter, you’re probably more likely to drop litter yourself.”

There’s a large body of research backing up this point. It partly explains why littering has been reported to be more common among young people and people with a weaker attachment to their communities. For these people, feeling part of a small group is especially important, and one way to express that is through defiance of broader norms. And it’s especially awkward to hold onto an empty can for the recycling bin if mates have already thrown theirs to the ground.

The pandemic may also be having a psychological effect. It’s natural that caring for the environment isn’t top of mind right now, says Palmer. “Certainly, when people are stressed or distressed, they go into more all-or-nothing thinking.” This can be useful for dealing with high-risk situations, but the upshot is that “the last thing on your mind is things like litter”. And the people who are the quickest to head for the beach may not be the most cautious of people overall.

Lockdown rules have also transformed the way people socialise, which affects the rubbish they produce. Chris Coode is the deputy chief executive of Thames21, a charity that works with volunteers to maintain healthy waterways in London, for instance through litter clean-ups and monitoring. Instead of meeting friends in pubs, restaurants and homes, Coode points out that now “you’re getting people using the parks and open spaces in ways that they hadn’t before…and in a sense haven’t got the rhythm of the way that new socialising is like”. He believes that people aren’t necessarily being wilful or malicious when they discard pizza boxes and plastic cups in public, but are “using these spaces in ways they haven’t before, and not thinking through the repercussions of their behaviour”.

It’s not only when or where people are littering that has shifted, but also what they’re littering. Gloves and masks are being chucked on the streets in Canada and in Wales, raising concerns that this could be an infection hazard in addition to being an environmental hazard.

Shadi Moqbel has also seen more PPE waste in Jordan. Moqbel, a civil engineer at the University of Jordan who researches waste, explains that some of the patterns we’re seeing with the Covid-19 pandemic aren’t new. “As a result of the pandemic, people tend to move towards using disposable items rather than regular reusable items. They don’t want to get sick from using or touching something that might be used by others… We have seen it in previous outbreaks”, such as H1N1 (swine flu). Then as well as now, people used more disposable plates and packaging material. And the closure of restaurants during the Covid-19 pandemic has led to a rise in food delivery and takeaway meals – which has meant more plastic packaging refuse.

This is acute now because of the pandemic, but part of a larger historical trend towards disposability. Coode reports that along the Thames River in London, “the majority of the rubbish we’re finding is single-use plastic waste”. Likewise, in rural England, the main types of litter are fast-food packaging, confectionery wrappers and drinks bottles. Yet the move towards these types of portable, discardable packaging has been driven by manufacturers, who since World War Two have found it more profitable to produce single-use products compared to, for instance, the glass bottles that were previously used again and again.

Thus, some environmentalists argue that individual litterers aren’t the problem, and the system of disposability needs to be tackled at its root. But it will be very challenging to move away from lightweight plastic packaging, and the alternatives will have their own environmental trade-offs. Glass bottles require more energy to transport, for instance, and plastic wrap can help reduce food waste.

Building a culture of waste awareness also takes sustained governmental action, which has helped turn Taipei, Taiwan from a “garbage island” to a remarkably clean city. Paradoxically, this involved a reduction of public bins, and more focus on other forms of rubbish collection and disposal.

In the short term, however, that doesn’t help those of us whose blood begins to boil when we see cigarette butts and Styrofoam containers piled up next to an empty rubbish bin.

Cities have trialled a huge range of measures to reduce littering in the shorter term. As social marketer Yara Almosa and her colleagues at Australia’s Griffith University have enumerated, these range from eyes painted at eye level on walls (to give the impression that litterers are being watched) to fines, labels on disposable items, the wafting of pleasant scents, verbal appeals, information about how common littering is and special rubbish bins that are attention-grabbing or fun to use. One of the most effective tools is also the simplest: good old-fashioned social disapproval. So tsk-tsking, especially from a person in the same peer group as the litterer, can actually have an effect. Because we’re such social creatures when it comes to activities like littering, it’s useful to model responsible environmental behaviours.

Yet Thames21’s Coode calls for more understanding, especially during this difficult time. “You only see what’s left behind, you don’t see what’s taken away. It’s easy to be outraged,” he says, but “we are in a period of transition. It’s an effort for everybody to help. Some people need more help.”

But as coaching psychologist Palmer points out, in a world full of uncertainty, contributing to local cleanliness is an easy win: “At least litter is one thing we can all do something about.”