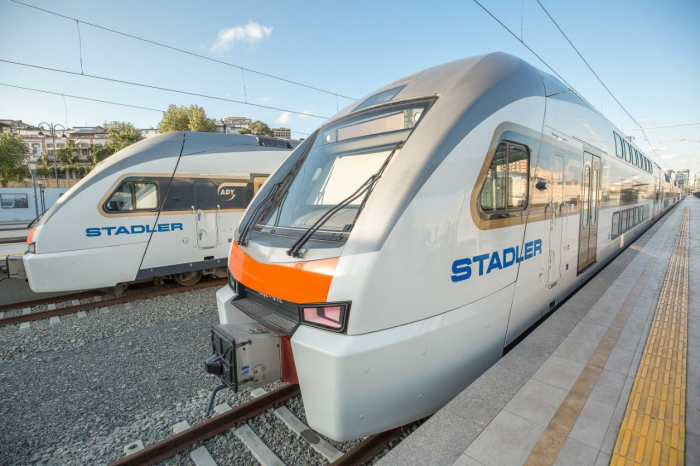 During a hard quarantine regime imposed in Azerbaijan due to COVID-19, the number of passengers of the Azerbaijan Railways CJSC decreased by 4,480 people, compared to the previous week, the company told Trend on June 12.

“According to the decision on strengthening the quarantine regime on June 6 and 7, the electric trains of the Absheron ring railway did not operate for two days, more precisely, the passenger transportation was not carried out," said the company.

"Before applying the strict quarantine regime, on Saturdays and Sundays, that is, on May 30 and May 31, 1,584 and 2,896 passengers respectively, were transported," Azerbaijan Railways noted.

The Operational Headquarters under the Cabinet of Ministers decided to extend the special quarantine regime until 00:00 (GMT+4) on July 1.

Also, by the decision of the Operational Headquarters, from 00:00 on June 14 to 06:00 on June 16 in the cities of Baku, Ganja, Lankaran and Sumgayit, as well as Absheron region, Yevlakh, Ismayilli, Kurdamir and Salyan districts, only people who have permission to leave the house, as well as those who want to participate in the funeral of a close relative.