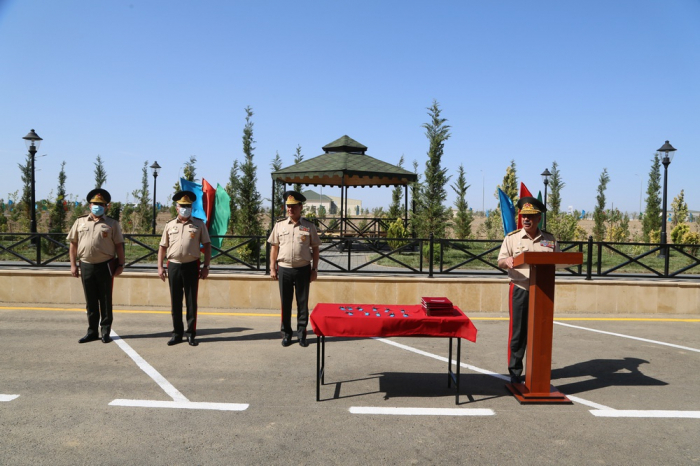 In accordance with the instructions of the President of the Republic of Azerbaijan, the Supreme Commander-in-Chief, Mr. Ilham Aliyev regarding the enhancement of combat readiness and improvement of the social conditions of the military personnel of the Armed Forces, the opening of the new military unit was held, AzVision.az reports citing the Ministry of Defense.

An inspection of the headquarters, the canteen, the medical point, the soldiers’ barracks, the car parking, the storages for weapons and ammunition of various purposes, as well as other infrastructure facilities was carried out at the opening ceremony attended by the Minister of Defense Colonel General Zakir Hasanov and the leadership of the Ministry.

The opening ceremony of a new building for families of servicemen was held in the military camp.

The Minister of Defense, congratulating the families, noted the participation of the Supreme Commander-in-Chief in the commissioning ceremony of apartments for permanent residence recently transferred for the use of servicemen in the Hovsan settlement and the opening of the Gobu Park-3 residential complex and emphasized that the comprehensive steps undertaken in this sphere are a vivid example of the attention and care of the head of state taken about the Azerbaijan Army. The Minister noted that the opening of this military unit is the next step undertaken to increase the combat capability of the Azerbaijan Army.

The Minister of Defense, noting that due to the care of the Supreme Commander-in-Chief of the Armed Forces, servicemen have been provided with permanent and service apartments in recent years as planned, emphasized that this work will be long-lasting.
The Minister said that more than 250 service apartments were commissioned this year in different regions, in particular in several military units stationed in the frontline zone. By the end of this year, it is planned to complete the construction of about 200 service apartments.

During familiarization with the new building, it was noted that the five-story building consists of fully renovated three-room 60 apartments, which are equipped with all communication lines.

It was reported that a water pumping station, swimming pool, and substation were built for the building, gas, water, electricity meters were installed, the apartments were equipped with kitchen furniture and other necessary furniture. The territory is fenced and landscaped, asphalt is laid, a town for children has been built, sports facilities and a water purification device have been installed, a place for a car parking has been allocated. All the necessary conditions have been created for the effective recreation of families of servicemen.

Servicemen provided with apartments expressed their gratitude to the Supreme Commander-in-Chief of the Armed Forces, Mr. Ilham Aliyev, and the leadership of the Ministry of Defense for the care shown to them.

After handing the apartment keys to the servicemen, the Defense Ministry’s leadership has got acquainted with the created conditions and inquired about the concerns of their families. 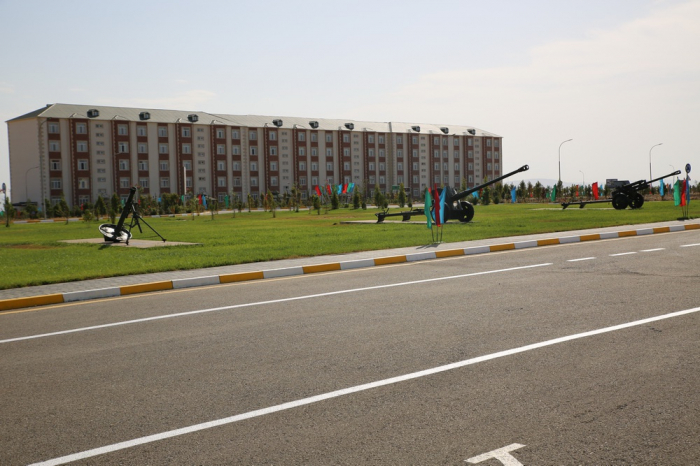 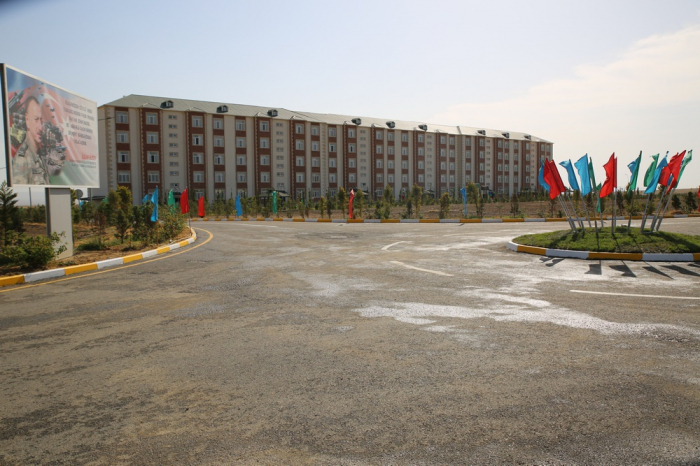 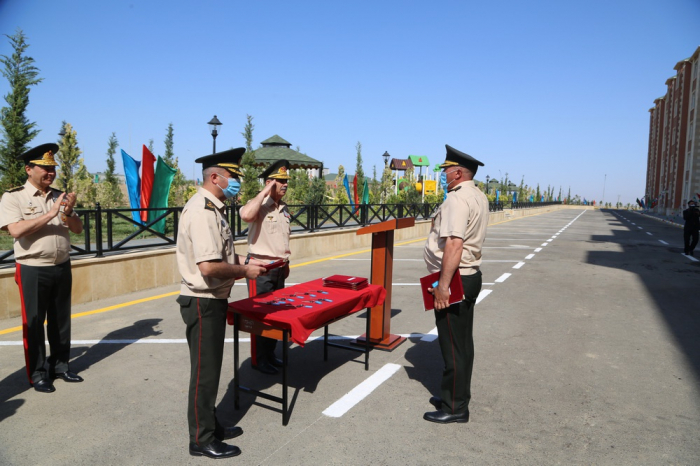