How to think under pressure - iWONDER 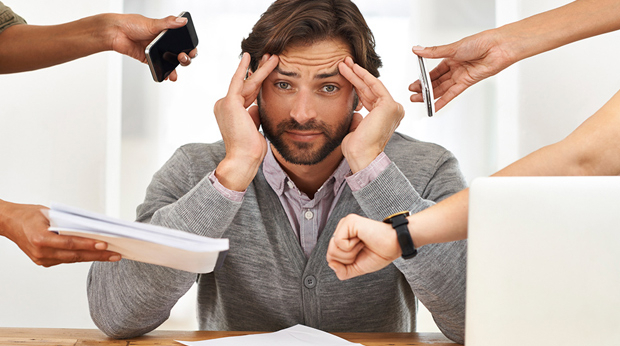 How can you best play the hand you’re dealt in life? One woman’s quest to become a champion gambler may provide a few clues.

Do we make our own luck? And is it possible to tame chance? The question has troubled philosophers for centuries, and in January 2018, the psychologist and writer Maria Konnikova appeared to have come to an answer.

A little more than a year before, she had already taken a large gamble – the decision to take a sabbatical from her staff job at the New Yorker to train (from scratch) as a professional poker player. The aim was to write a book about the role that chance plays in our lives, using her experiences in the game as the vehicle to explore the subject. And she did have one significant advantage: the legendary player, Erik Seidel, had offered to coach her throughout her quest.

Now, she was competing in the PokerStars Caribbean Adventure National Championship – one of the oldest and most prestigious live poker tournaments. And her gamble was finally paying off. Over three days, Konnikova beat 290 competitors to win the trophy, along with $84,600 in prize money and a $30,000 package to enter a future tournament. A blitz of international media coverage ensued.

Her account of the experience – The Biggest Bluff – is being published in the US and UK this week. As you might hope, it is full of real-life characters – the zen-like “Chewy”, “the silent assassin”, “the Russian ruffian” – that sound like they came straight from an Ian Fleming or John le Carré novel. But Konnikova hopes that the lessons learned will be of value far beyond the casino. “This book isn’t about how to play poker,” she writes in one of the early chapters. “It’s about how to play the world.”

No one could fault Konnikova for her ambition. Keen to find out more, I called Konnikova in her New York home to discuss the lessons learned from her experience, and the ways we may all be able to make the most of the hand we’re dealt in life.

To the uninitiated, poker – with some of its seedier connotations – may seem like a strange choice of subject for someone interested in the intricacies of human behaviour. But Konnikova points out that there is a strong precedent: John von Neumann, one of the founders of game theory, was a keen player.

Game theory uses mathematic models to predict how people will make decisions – such as consumer choices or political bargaining – given the various costs and benefits involved. “Von Neumann thought that if he could ‘solve’ poker, he would have this wonderful rubric for complex strategic decision making.”

The interesting thing about poker, she says, is that it is “a game of incomplete information, which is like life”. Unlike chess, say, so much of what you need to know is hidden from you – so all your decisions come from a place of deep uncertainty. “We never know everything, we can never see the whole board. And yet we have to act all the same.”

You also need to accept that, while skill can predict your overall trajectory across many tournaments, your performance at any particular moment is still the victim of chance.

In general, humans tend not to be very good at dealing with this type of thinking, over-estimating the role our own skill thanks to our “illusion of control”. And Konnikova’s own psychological research (conducted before her poker experiment) had shown just how detrimental this can be. Using a simulated stock market, she found that the more people overestimated the importance of their own skill, rather than luck, the less flexible their decision making became – relying too much on their initial hunches without learning from actual patterns in the data.

To avoid that trap, you need to start thinking probabilistically. In poker, that means estimating the odds that someone would have a better or worse hand than you, and adapting your decision making accordingly. Given the high degree of uncertainty, the poker player must also appreciate the concept of variance – the range of possible outcomes from any decision. This means that even if you make a big win, your underlying reasoning could have been flawed, and even if you lose, you might have been making the most logical decision based on the information at hand.

In each case, a good probabilistic thinker would be able to recognise the role of luck in those outcomes while objectively analysing the quality of the decision-making underneath – while people with a poor grasp of uncertainty would read too much into their successes or failings. It is the quality of the reasoning, rather the outcome, that matters if you want to improve your long-term performance.

Besides this appreciation of uncertainty, Konnikova also had to learn to deal with ‘tilting’ – “a beautiful concept that means letting your emotions seep into the logic of your decision making”. Examples of tilting could include that despair that comes from a string of bad luck, which causes you to gamble more furiously to make up for your losses, or it could be the overconfidence that comes from a win. There is no way to escape it completely, Konnikova cautions – “unless we have a brain lesion, or the neural wiring of a psychopathic brain” – but there are some ways to cope better with its effects.

This includes cultivating greater emotional awareness – “constantly checking in with yourself to see ‘what am I feeling?’ and ‘How am I reacting to this?’” she says. Once you have identified those feelings, you should then try to analyse how they’re influencing your judgement, and whether you should try to account for that in your final decision. (Along these lines, there is some evidence that our emotional vocabulary can improve our financial decision making. People who were more precise in the way they describe their feelings tended to make better trades on an artificial stock market, for example.)

No book on poker would be complete without an analysis on ‘tells’ – the small expressions that might reveal the quality of a person’s hand – and it is here that Konnikova’s quest was truly revelatory. She cites abundant research showing that facial expressions are almost completely useless, when it comes to lie detection – with the vast majority of participants performing no better than chance. Most people, it turns out, have a perfectly decent poker face, and trying to read their expressions for winning clues is futile.

“It's such a common misconception that if you look into the eyes – the window to the soul – you're going to see it all there, but that's just not true,” she says. Instead, studies suggest we should be looking at the hands – with small differences in the fluidity of our movement signalling signs of tension or confidence. “A lot of the tells come from how people handle the chips or from how they handle the cards,” says Konnikova.

Konnikova’s studies under Seidel clearly paid off: besides the PCA National Championship, she came second place at the Asia Pacific Poker Tour tournament in Macau, pocketing another $60,000, and a string of smaller successes in Europe and the US, finishing 2018 as a finalist for the Global Poker Index’s “breakout player of the year”.

How about Konnikova’s mission to teach us all how to “play the world”? There is no doubt that the kind of reasoning that she describes is essential in many professions. As I’ve written for BBC Worklife previously, a poor understanding of lucky (or unlucky) streaks can derail the decision making of bankers, judges, and even athletes. Being sensitive to probability stops you from reading too much into largely random events, ‘spotting’ trends when there are none. Perhaps because it improves our overall information literacy, greater understanding of probability has also been shown to predict people’s health behaviour – such as whether they will seek help for the symptoms of a heart attack – and their ability to interpret political polls.

The Biggest Bluff feels particularly timely in the current pandemic. As governments design policies based on limited data, and individuals are forced to grapple with the probabilities of contagion – we could all do with the greater understanding of uncertainty, and how to think about it under pressure, that comes with the game.

“One of the things that I find very interesting is that at the beginning – back in February, and March – the poker community was among the first to realise what was going on and to start raising the alarm for shutdowns,” says Konnikova. “They saw the exponential trajectory.”

Sadly, the virus has put Konnikova’s own poker career on hold. “I’m a live poker player, and I'm not stepping a foot inside a casino before there's a vaccine and very good medicine against it,” she says. But the lessons of her journey – and the value of accepting the unknown – should stand her, and all her readers, in good stead for whatever the future brings.