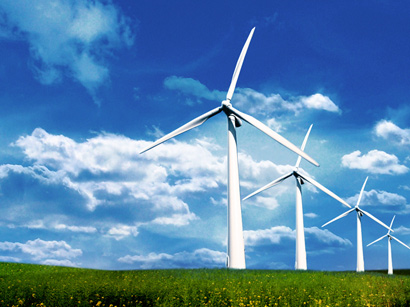 The development of the alternative energy sources in Azerbaijan will not depend on changes in the volume of the country’s oil production, Head of the Environmental Policy Department of the Ministry of Ecology and Natural Resources Rasim Sattarzade told Trend.

"In turn, the decline in oil prices does hinder the development of renewable energy. This is due to the fact that the price of energy obtained by burning fossil fuels is reduced, and, of course, competitiveness is falling," noted Sattarzade.

"Assessing the situation in the world, we can definitely say that the future lies with alternative energy. The era of clean energy is ahead. Coal, natural gas and oil are a thing of the past. Azerbaijan should focus not on diesel and gasoline, but on electric cars. Therefore, we need not just understanding, but a clear plan of action, based on the balance of electric energy generation and its consumption," he said.

Speaking about forecasts for the development of renewable energy in Azerbaijan in the next 10 years, Sattarzade emphasized that the generation of wind and solar energy in the country will gradually increase in volumes.

"For Azerbaijan, oil and gas remain the main source of electricity production. However, in accordance with plans, half of the country's total energy consumption should be generated by renewable energy sources by 2050. Azerbaijan has the potential to draw up this indicator to 6 percent by 2025, and to 10 percent - by 2030," said the department’s head.

"The 'clean' energy overcomes its current problems by the massive attraction of investments, despite political or geopolitical conditions. Renewable energy has no alternative. This can be said when assessing the present situation with oil and gas," he stressed.

Touching upon the topic of environmental protection and expanding the possibilities of using alternative energy sources, along with such important strategies as maintaining macroeconomic stability, accelerating industrialization, creating industrial towns, expanding the use of intensive methods in the agricultural sector, effectively using the country's transit potential, increasing urban areas, expanding opportunities to use information and communication technologies, and carrying out innovative activities, Sattarzade noted that Azerbaijan has a serious potential for the active development of alternative energy in the coming years.