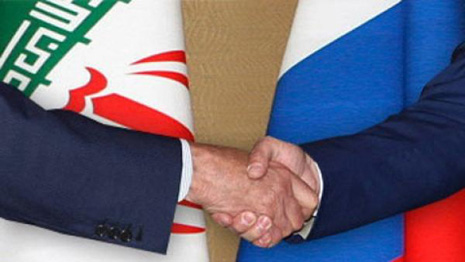 The two countries top diplomats spoke about the status of the Iranian nuclear program
During the phone conversation, Iranian new Foreign Minister Mohammad Javad Zarif and his counterpart Sergei Lavrov discussed issues of mutual interest and regional developments.
According to IRNA, the Russian foreign minister initially congratulated the appointment of Zarif as the IRI foreign minister.

The two countries top diplomats spoke about the status of the Iranian nuclear program and the dire need for resuming the Iran-G5+1 negotiations in near future to seek an effective strategy out of the prevailing stand-still.
The two sides also exchanged viewpoints on shared stands over the legal regime of the Caspian Sea, as well as the remaining issues in that respect.
The two major regional countries foreign ministers also surveyed the current status of the Middle East and North Africa, particularly the latest developments in Syria and Egypt.
During their Thursday phone talk, Lavrov and Zarif also surveyed the time schedule for bilateral political contacts in the near future.