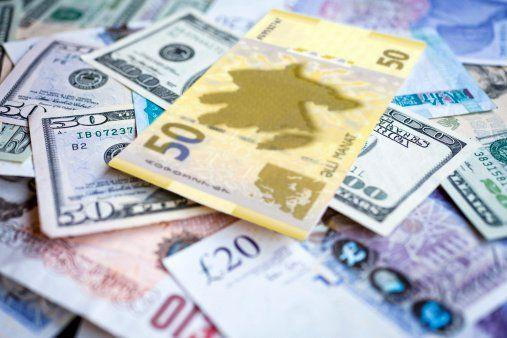 Despite the impact of the COVID-19 pandemic, the real effective rate Azerbaijani manat has reached the highest level in the last five years and continues to grow, Executive Director of the Center for Analysis of Economic Reforms and Communication (CAERC) Vusal Gasimli said, AzVision.az reports citing Trend.

The economy of Azerbaijan for the second time in five years is changing its balance under the influence of external shocks, which positively and negatively affect the real effective rate of the manat, Gasimli noted.

The executive director said that the real effective exchange rate has a direct proportional relationship with the Central Bank’s discount rate, which the bank lowered last week from 7.25 to 7 percent, taking into account lower inflation, inflation expectations and continued stability in the foreign exchange market, a partial improvement in the international situation, and also increase of investment activity.

“In addition, the beginning of the implementation of anti-crisis measures worth 3.5 billion manat set the grounds for expanding the monetary base by 8.5 percent in May. Thus, it can be predicted that in accordance with the requirements of fiscal policy, the monetary base will grow to an April minimum in the coming months,” added Gasimli.

At the same time, lowering the discount rate and expanding the monetary base have a decreasing effect on the real effective exchange rate of manat, he said.

The executive director believes that the real effective rate of manat depends on productivity in the national economy, given that currently, under the influence of population growth and a pandemic, a decrease in GDP also reduces productivity.

In the first five months of this year, GDP per capita fell by 2.5 percent, he added.

“According to the calculations of the International Monetary Fund (IMF), an increase in relative productivity by 1 percent increases the real exchange rate of the national currency by 0.2 percent. A decrease in productivity in Azerbaijan in this sense could lead to a cheaper real effective rate,” said Gasimli.

However, a smaller decline in productivity compared to the countries that are the main trading partners of Azerbaijan will neutralize this effect, CAERC executive director noted.