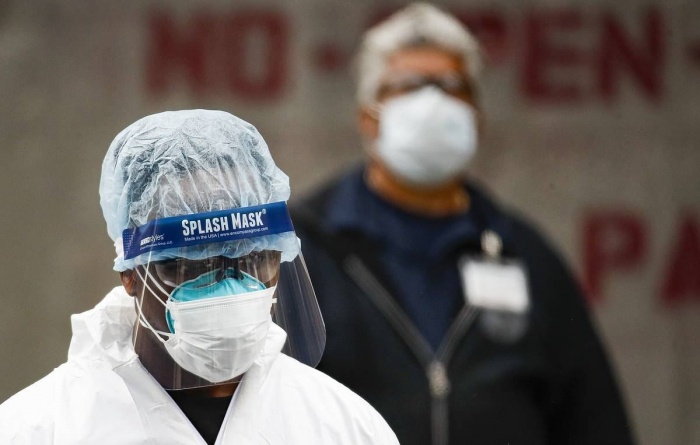 A recent surge in infections and hospitalisations has prompted some states and cities to pause reopening plans.

The US has 2.4 million confirmed infections and 122,370 deaths - more than any other country.

While some of the increase in daily cases recorded is down to increased testing, the rate of positive tests in some areas is also increasing.

Health officials in the US estimate the true number of cases is likely to be 10 times higher than the reported figure.

The Centers for Disease Control (CDC) said up to 20 million Americans may have been infected with coronavirus. The estimate was based on blood samples collected from across the country which were tested for the presence of antibodies to the virus.

The surge in cases was being driven by young people testing positive, especially in the south and west of the US, said the head of the CDC, Dr Robert Redfield.