Environmental disasters across world in June 2020 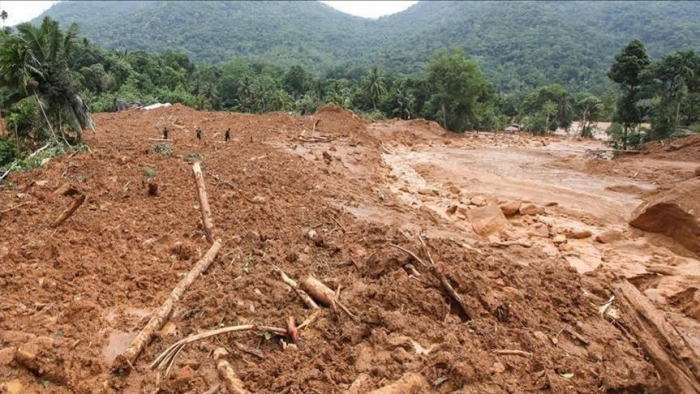 The sixth month of 2020 witnessed numerous environmental disasters that impaired climate change and vice versa -- including deadly landslides and cyclone in India, volcano eruption in Ecuador, wildfires in the US state of Arizona and flash floods caused by heavy rains around the world, AzVision.az reports citing Anadolu Agency.

Here is a look at the global environmental disasters during the previous month.

- Two people are killed and six others are missing due to mudslides and landslides caused by heavy rains in Yunnan Province, southwest China, according to media reports.

- At least 20 people, including four minors, die due to landslides in India's northeastern Assam state.

- Three people die after the remnants of the tropical storm Amanda brought heavy rains to parts of Honduras.

- Five children are killed in rain-related incidents in Yemen's eastern Hadhramaut province, according to officials.

- A powerful landslide destroys eight homes in Alta municipality, northern Norway. However, no casualties are reported.

- Cyclone Nisarga kills at least six people and injures 16 others in Mumbai, India, where nearly 13,000 hectares of field are also damaged in northern parts of the region.

- Floods kill at least 16 people in Yemen, where dozens of homes are inundated.

- An eruption at Sangay Volcano in Ecuador’s Amazon region leaves several cities covered in ash, according to reports and video footages.

- Floods, caused by torrential rains in the Ghana capital Accra, kill one person and force many people to leave their homes.

- Floods in south and central China leave more than a dozen dead and over 200,000 residents displaced from their homes, according to country’s Emergency Management Ministry.

- At least seven people are killed due to flash floods in Pakistan’s Khyber Pakhtunkhwa province, according to local disaster management authorities.

- Eight people are killed in a landslide caused by heavy rainfall in the Parbat district in Nepal.

- At least one person is killed in a powerful thunderstorm with hail in Hungary’s capital Budapest.

- At least 100 houses are destroyed and 300 people displaced in Akwa Ibom state in Nigeria, as downpour triggers flooding, according to local reports.

- At least 63 people are killed or missing, while nearly half a million people are displaced, as heavy rains continue to lash southern China, according to authorities.

- Floods hit Aceh Province in Indonesia as several rivers overflow due to the heavy rain, according to reports.

- A deadly landslide caused by heavy rains kills at least 13 people in Abidjan, the economic capital of Ivory Coast.

- Over thousands of people are evacuated from large wildfires in Arizona.

- Three Gorges Dam in China, the world's largest dam, is at risk of collapse amid historic floods that also put more than 400 million people’s live at risk.

- Authorities in Bosnia and Serbia declare state of emergency after torrential rains and floods damage bridges, roads and power lines.

- One person dies in a rain-related incident in Istanbul.

- Heavy rains in western Ukraine kill three people and leave over 300 towns and villages flooded, according to authorities.

- At least five people are killed amid heavy rains in Abidjan, Ivory Coast’s commercial capital, according to local media.

- A huge cloud of Saharan dust moves from Africa over the Atlantic Ocean and darkens the skies over parts of Caribbean.

- At least 83 people are killed in lightning strikes in India’s eastern state of Bihar, as monsoon storms hits country, according to an official statement.