How lockdown may have altered your character - iWONDER 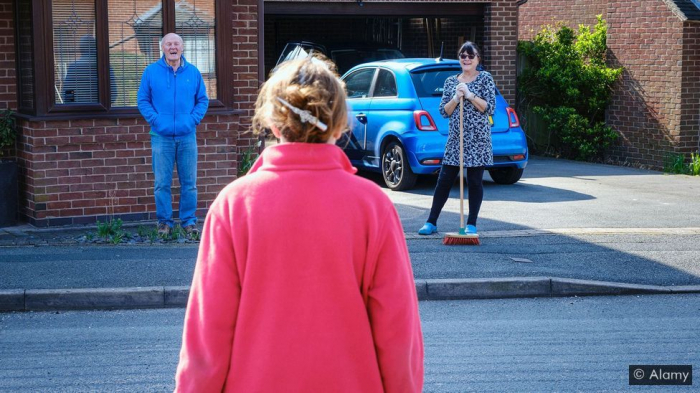 Our experiences and social interactions shape our personalities, so how might the months of being isolated from friends, family and colleagues have changed us?

There wasn’t just one lockdown – we all had our own experience. Some people were forced into months of unbroken solitude, others trapped for weeks on end with an estranged spouse. Some saw it as a positive experience – a welcome opportunity to slow down, go for walks and relax with a loving partner, or enjoy quality time with the children.

Whichever way the lockdown played out, there has been one near universal aspect to the past months – it abruptly disrupted our daily routines and living arrangements in ways that would not normally occur.

Will this strange time have left its mark on us, not just superficially, but deep down? As we venture out tentatively, do we do so with our personalities somehow altered? And if so, how will our new selves cope as we begin to mix and travel once again?

For much of psychology’s history, personality – the set of enduring habits of behaviour, emotion and thought that form each person’s unique identity – was considered set in stone, at least beyond early adulthood. Research over the last few decades, however, has led to a consensus that, while personality traits are relatively stable, they are not completely fixed. Instead they continue to evolve through life and in response to major life events.

In other words, from a theoretical perspective, there is every possibility that at least some of us will have been left changed by lockdown.

Anecdotal evidence seems to suggest the same. Although conscious that I’ve been more fortunate than many in my experience of the pandemic so far, I also know that I’ve been feeling less stressed due to less rushing around, but also more withdrawn and introverted. Friends of mine (also not too adversely affected) agree they feel different – more reflective, perhaps, but also less sociable.

“It’s likely that these unprecedented times shaped people’s personality traits to a certain degree as people were forced to leave their comfort zone and their daily routine,” says Mirjam Stieger of the Lifespan Developmental Psychology Laboratory at Brandeis University, in Massachusetts, where she’s been working on an app to help people deliberately change their traits.

The many months of changes to our routines may have led to changes in our behaviour that will stick long after the pandemic has finished. It “may lead to new norms, which may over time also shape our personalities,” says Wiebke Bleidorn at the Personality Change Laboratory at the University of California, Davis.

But while many of the experts I contacted agreed that the pandemic, and the accompanying lockdowns, likely have already changed our personalities, at least a little, they also noted that it’s very difficult to say exactly how much people will have been changed and in what ways. This is partly due to the lack of longitudinal data, but also because people’s experiences of lockdown were so different and would have interacted with their pre-pandemic traits.

“I don’t think there will be an average effect … a trend that the majority of people will show,” says Rodica Damian, from the Personality Development and Success Laboratory at the University of Houston.

Some preliminary data back this up. Angelina Sutin, a psychologist at Florida State University, led an as yet unpublished study that looked for signs of personality change during the very early stage of the pandemic in the US. It showed that most traits showed no average-level change at all, and contrary to expectations, average neuroticism actually fell slightly for those not in isolation, perhaps because people attributed feelings of stress to what was going on in the world, rather than to their own personality. Similarly, the personality testing company Hogan Assessments released preliminary data from the US suggesting average personality test scores had not changed during the first weeks of lockdown, up until early May.

But while we may not have developed a collective “lockdown personality”, at least not in the early stages, there are some prior findings that hint at ways we might have been changed idiosyncratically, dependent on our specific circumstances. For instance, the lockdown might have turbo-charged a phenomenon known as “The Michelangelo Effect”, which refers to the way we are more likely to develop into the kind of person we want to be if we’re with a close romantic partner who supports and encourages us to behave in line with our aspirations – akin to a sculptor helping to reveal our ideal self.

People in loving relationships might also have had the chance to grow closer and deepen their bonds, notes Bleindorn, and to reflect on life and their priorities.

“This time of reflection might lead to increases in ‘self-concept clarity’ – the degree to which people have coherent beliefs about themselves and their goals in life,’ she says.

For people with a supportive partner, then the intense period of the lockdown might have offered a welcome opportunity for personal growth. By contrast, for people stuck indoors for months in an unhappy relationship or being harassed by their children, the effects on their personality are sure to be have been negative. “For example, there is some evidence that being in an unhappy marriage (independent of lockdown) is associated with declines in spouses’ self-esteem and happiness,” says Bleidorn.

People who score highly for neuroticism might have particularly struggled in this regard – this trait is associated with a tendency toward “negative emotions like anxiety, vulnerability, sadness, and irritability,” explains Rebecca Shiner, a clinical psychologist at Colgate University. “People who struggle with high neuroticism also are prone to creating more stress for themselves, for example, by getting into conflict with other people or by avoiding situations that they find threatening.”

What about those people who were left completely isolated on their own during lockdown? If this forced solitary confinement provoked intense loneliness, we might predict, based on earlier research into loneliness and personality, an adverse effect on people’s traits, in terms of increased neuroticism and an enforced reduction in extroversion. Yet, the lockdown data available to date paints a picture of human resilience.

For instance, Thuy-vy Nguyen at the University of Durham and Netta Weinstein at the University of Reading monitored the loneliness and depression of 800 people in isolation through the first weeks of the lockdown and found no adverse effects. “What we’ve learned from our earlier research on solitude may explain why,” the pair wrote in a commentary on their research. “We don’t have to be lonely when alone, and solitude can be a positive space for reinvigorating, rather than depleting, our minds.’

Other preliminary findings by researchers at the University of British Columbia appear to back this up – their study of feelings of social connectedness during lockdown found few adverse effects. This is perhaps likely because modern technology now offers us so many ways to stay in touch with one another.

“Most people seem to be pretty good at finding environments that fit their extraversion or can dial it up or down when asked to,” says Bleidorn. “Social media, communication technology and other technological developments have made it possible to socialise virtually. I imagine that extroverted people are more likely to take advantage of such opportunities.”

It's also worth remembering that anyone with an outdoor space at home was still able to enjoy fresh air and sunlight during lockdown, as well as creature comforts like deliveries and streaming box sets. Such factors might help explain why the confinement of the past few months doesn’t appear to have had some of the more adverse psychological effects observed in studies of people isolated in extreme environments. For instance, prolonged periods in Antarctic researchbases and simulations of trips to Mars have been associated with significant detrimental effects on wellbeing, including heightened risk of depression.

It’s notable that communication with the outside world is extremely difficult in these examples, and they present other challenges that didn’t affect most people during lockdown, such as the cold and dark of Antarctica and the close proximity of strangers in the Mars simulation.

For a clearer idea of the ways the pandemic might have changed us, we must wait for the slow business of science to catch up with world events – Bleidorn and Damian are among those with high-quality, longitudinal personality change projects underway. For now, the initial signs are that the isolation aspect of lockdown might not in itself have changed our personalities in a profound way.

But of course the pandemic has involved much more than just the lockdown, and Damian suggests that some of the other consequences of Covid-19 might more be more relevant to personality change, such as people losing their jobs, falling ill or suffering bereavement. “Job loss has been associated with decreased conscientiousness,” she says. “Illness has been associated with increased conscientiousness and neuroticism and lower extraversion.” She cautions though that this remains merely informed speculation until more data is available.

If we have been changed somehow by lockdown then as restrictions around the world are eased, a natural next question is whether and how we can change back again? Can we return to our old selves? Do we even want to?

For my part, I’m definitely feeling less inclined than before to socialise, even at a safe distance.

The message from the broader scientific literature on personality change is a positive one. People are adaptive – for instance, people’s conscientiousness tends to increase when they take on a demanding role, and their traits rebound in positive fashion after leaving a difficult relationship, suggesting that we’ll find a way to cope with whatever the future has in store.

Shiner warns though that introverts like me might find it a particular challenge, at least at first. “While in lockdown, introverts have been able to avoid the social pressure for interaction that is so common in places like the United States, and this may make re-entry difficult,” she says. Her advice is to spend time with “more familiar friends one-on-one or in very small groups – which is certainly more compatible with social distancing anyhow – as they navigate re-entry”.

Damian is upbeat about our collective ability to adjust as lockdown measures lift. “I don’t think people need to worry about changing their traits back to pre-lockdown,” she says. “I expect the change will happen gradually and naturally for most people, once the environmental pressures change. It will just take time.”

If anything, her advice is that we don’t rush back to old ways. In Texas, where Damian is based, hospitals are at capacity following a surge in new infections after lockdown was lifted. “I think that people have adjusted their pre-lockdown behaviours too quickly, so I wouldn’t recommend the rest of the world follow suit right now,” she says.