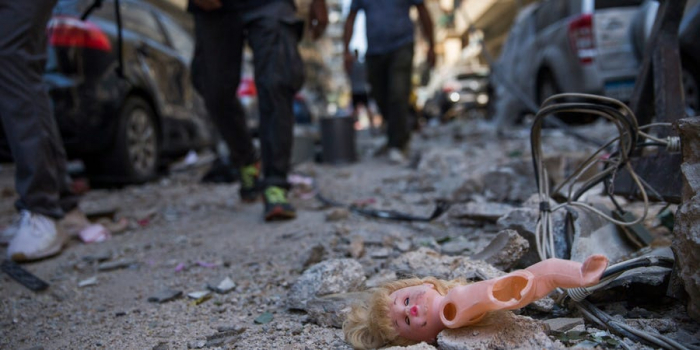 A video taken of a bride posing in her wedding dress Tuesday captures the moment of huge blast which shook city of Beirut, Lebanon, Reuters reported.

Dr. Israa Seblani was seen posing in her white floor-length gown as a camera panned her dress and the square where she was standing.

Within seconds, the explosion can be heard and then seen as Seblani and her bouquet are blown backward.

The bride is led away and the camera held by Mahmoud Nakib shows buildings in the square that had been damaged in the explosion, according to Reuters, which obtained the video.

The explosion left at least 100 people dead and injured more than 4,000.

Lebanese Prime Minister Hassan Diab said the blast was caused by the ignition of more than 2,750 metric tons of ammonium nitrate stored insecurely at a warehouse, but the exact cause of the blast is under investigation.

A search for survivors continues Wednesday.