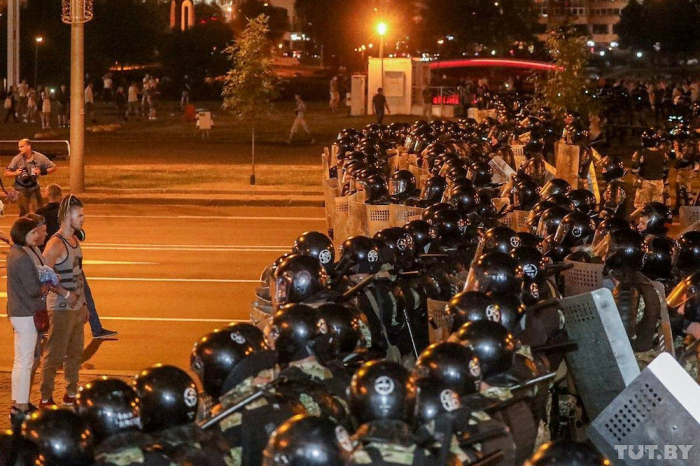 Belarus police fired water cannons, tear gas and stun grenades in a crackdown on protests that erupted on Sunday as President Alexander Lukashenko was set to claim another election win in the face of the biggest challenge in years to his grip on power.

Thousands of people took to the streets of Minsk and other cities while protesters clapped, shouted “victory”, waved flags and honked car horns in solidarity with the opposition. Some built barricades with garbage cans.

A police prisoner transport van hit a crowd of people in Minsk, witnesses said, but there were no immediate details of casualties. The authorities said they had no reports of any injuries from the protests. 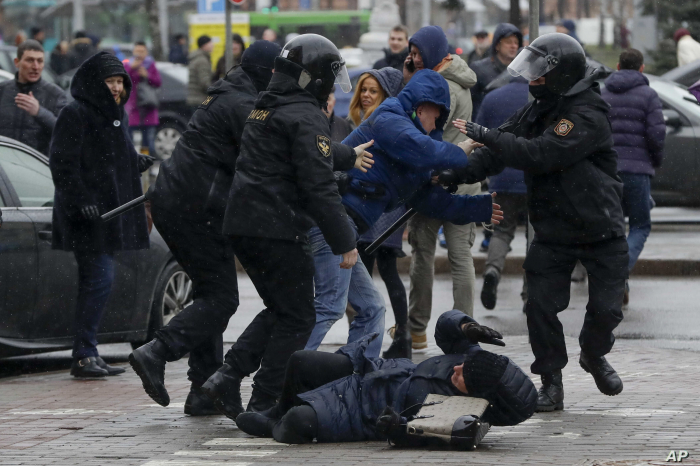 A former Soviet collective farm manager, the authoritarian Lukashenko has ruled the country since 1994 but has battled a wave of anger over his handling of the COVID-19 pandemic, the economy and his human rights record.

State-approved exit polls showed him winning 79.7% of the vote while his main opponent Svetlana Tikhanouskaya, a former English teacher who emerged from obscurity a few weeks ago to lead rallies against him, received 6.8%.

Tikhanouskaya entered the race after her husband, an anti-government blogger who intended to run, was jailed. 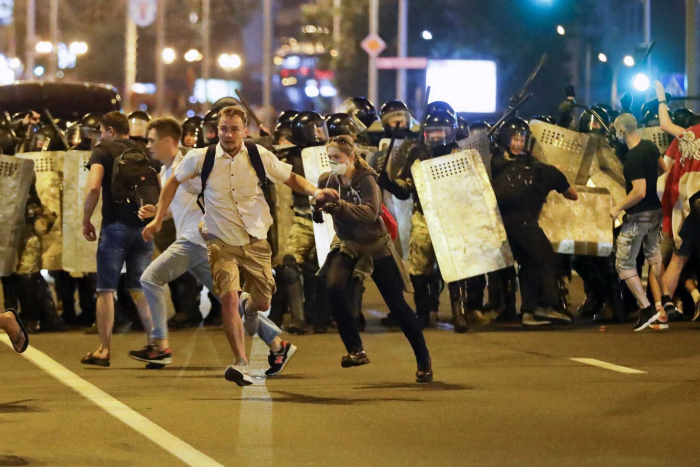 “I’d like to ask the police and troops to remember that they are part of the people. I ask my voters to prevent provocations,” she said in an appeal through the news outlet tut.by. “Please stop the violence.”

Foreign observers have not judged an election to be free and fair in Belarus since 1995.

A harsh response to new protests could hurt Lukashenko’s attempts to mend fences with the West amid fraying ties with traditional ally Russia, which has tried to press Belarus into closer economic and political union.

Tikhanouskaya’s rallies have drawn some of the biggest crowds since the fall of the Soviet Union in 1991, and on Sunday she arrived at a polling station with hundreds of supporters chanting her name. 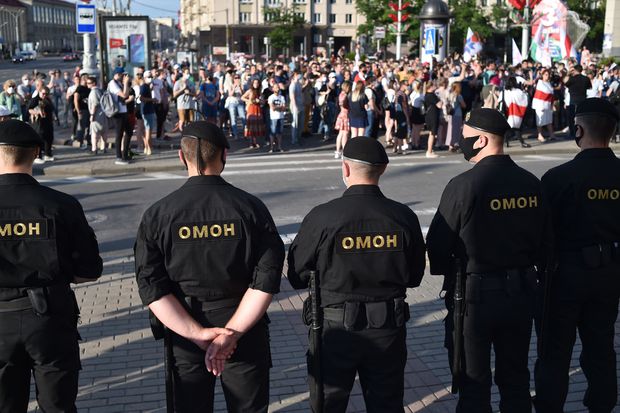 Human rights groups say more than 1,300 people were detained in the crackdown ahead of the election, including independent election observers and members of Tikhanouskaya’s campaign team.

After casting his vote, Lukashenko denied imposing repressive measures as “fake news or far-fetched accusations” and said he did not regard Tikhanouskaya’s camp as a threat.

“They are not worth enough to carry out any repression against them,” he said.

‘POWER AT ANY COST’

Long queues of voters formed outside some polling stations in Minsk and also outside the Belarusian embassies in Moscow and Kyiv for people casting their ballot abroad.

“It is unbearable to have him in power for so many years. The man should understand himself that he must just leave,” said Yuri Kanifatov in Moscow, who voted against Lukashenko.

Portraying himself as a guarantor of stability but criticised by the West as dictatorial, Lukashenko says the opposition protesters are in cahoots with foreign backers to destabilise the country. 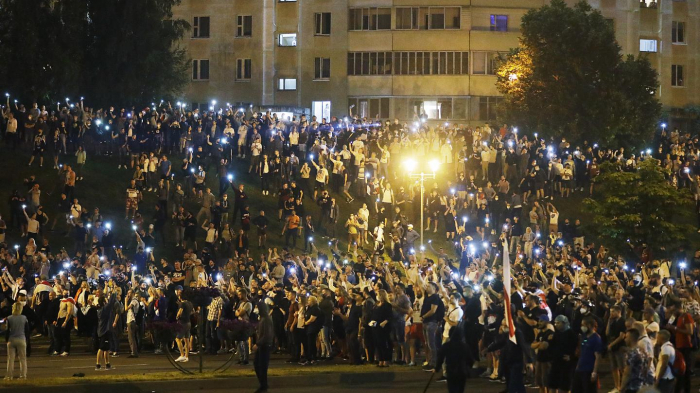 “Lukashenko a priori made it clear that he intends to retain his power at any cost. The question remains what the price will be,” said political analyst Alexander Klaskovsky.

Wedded to a Soviet-style economic model, Lukashenko has struggled to raise incomes and living standards in recent years. He also faced anger over his handling of the coronavirus pandemic, which he dismissed as a “psychosis” while suggesting drinking vodka and playing ice hockey as remedies. 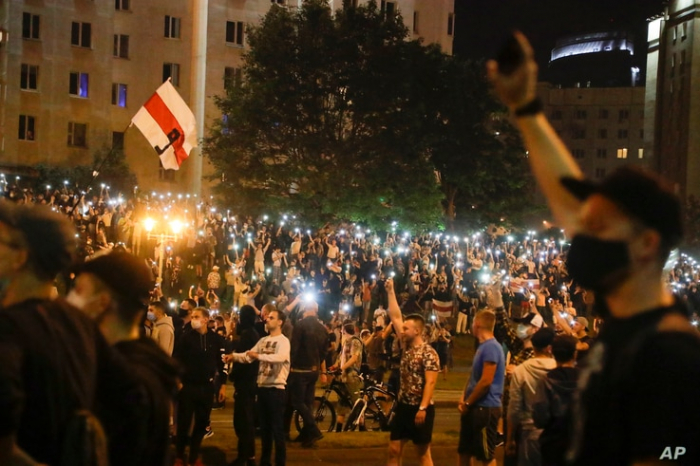