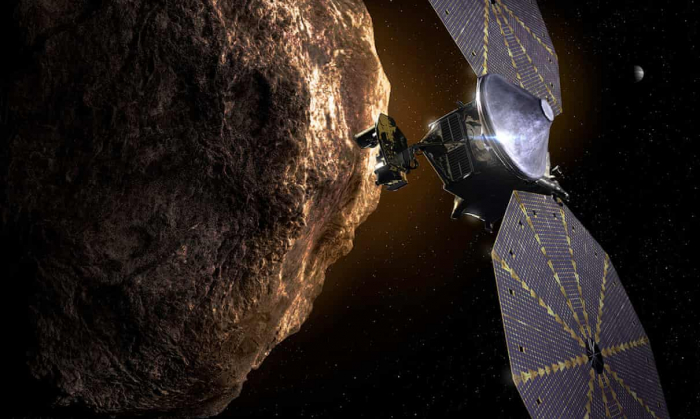 Nasa’s Lucy mission has passed a critical milestone in its development: all components of the spacecraft passed a system integration review (SIR) on 27 July, and it can now be assembled and tested in preparation for its October 2021 launch.

If it succeeds in its mission, Lucy will be the first spacecraft to explore the Trojan asteroids. These ancient space rocks share the same orbit as Jupiter, and are thought to be composed of the same material that made the gas giants of the outer solar system. During its 12-year mission, Lucy will fly by seven Trojan asteroids, collecting data to help reveal the formation history of the entire solar system.

Last month, Nasa’s Psyche asteroid mission passed its critical design review. This allowed engineers to begin making the various parts of the spacecraft. The SIR is the next big milestone in a mission’s lifecycle. It takes place once all the parts have been made and tested separately.

The Lucy mission is being led by the Southwest Research Institute in San Antonio, Texas.