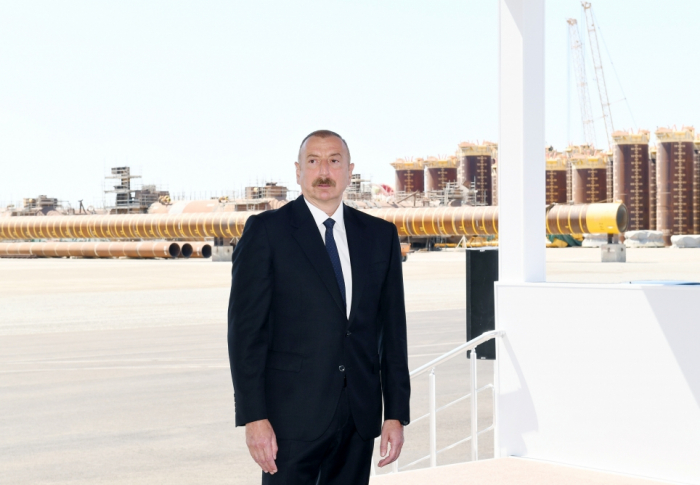 The head of state made the remarks Monday in an interview with Azerbaijan Television during a sail-away ceremony of the Garabagh field jacket at the Heydar Aliyev Baku Deepwater Jackets Plant, AzVision.az reports.

He noted that today offshore work on the Karabakh field begins, describing this as a very important stage in the development of the field.

“This huge facility was built in Azerbaijan by local specialists, and is being dispatched to the field today,” President Aliyev said.

Hailing the successful ongoing implementation of the Southern Gas Corridor project, the head of state emphasized that particular attention is currently being paid to its completion.

“Today, Azerbaijan is returning to the Karabakh field, which was once abandoned in the 1990s, and this giant jacket is a clear proof of that,” he said.

Azerbaijan will restore its territorial integrity, noted President Aliyev, adding. “Just as we are returning to the once abandoned Karabagh field today, we will return to our native Karabakh land in the same manner. Karabakh is ours, Karabakh is Azerbaijan!”