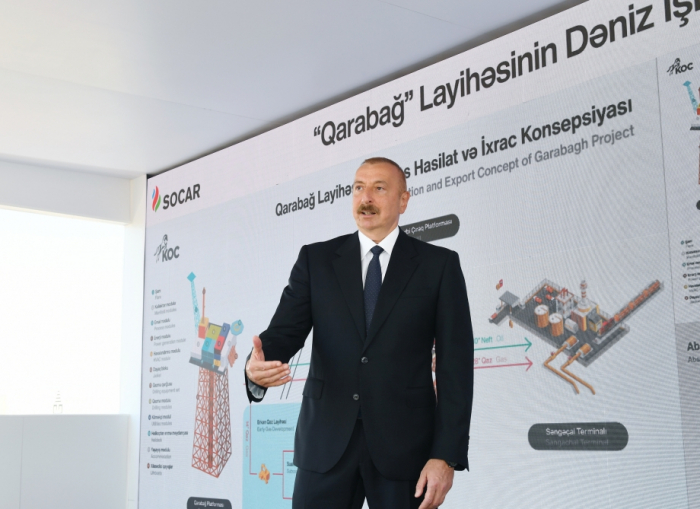 "If everything goes according to plan, the first gas and oil will be extracted at the end of 2022 from Karabakh field, President of Azerbaijan Ilham Aliyev said in his interview with Azerbaijan Television during a ceremony at Baku Deep Water Jackets Plant named after Heydar Aliyev to send a jacket of Karabakh field offshore, AzVison.az reports.

"Therefore, these and other geological factors suggest that there are large quantities of natural resources in Karabakh oil field. As for production, the field will produce at least 1.5 million tons of oil and 1.5-1.8 billion cubic meters of gas a year. Of course, it will allow us to keep oil production stable and increase gas production in Azerbaijan", Ilham Aliyev added.