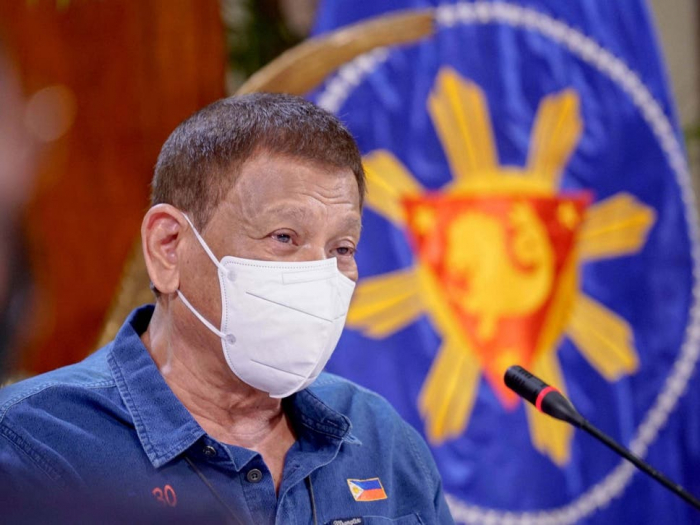 President of Philippine Rodrigo Duterte has offered to be “injected in public” with a Russian coronavirus vaccine, as Vladimir Putin announced the jabs had been approved for launch by his health ministry despite international scepticism.

Mr Duterte declared he had “huge trust” that the vaccine would be “really good for humanity” despite safety concerns raised by virologists and the World Health Organisation (WHO).

The Russian ambassador to Manila said last week Vladimir Putin’s government would be willing to supply the vaccine to the Philippines as Covid-19 infections surge in the Southeast Asian nation.


Russia is preparing to begin inoculating the public with the vaccine, developed by Moscow’s Gamaleya Scientific Research Institute of Epidemiology and Microbiology, as early as October.

Mr Putin said on Tuesday the jabs had received regulatory approval from the health ministry and would soon enter mass production. He claimed the vaccine had had been tested on his daughter.

But few details of the trials of have been made public and no results have been published, fuelling concerns Russia could be cutting corners as it seeks the prestige of unveiling the world’s first Covid-19 vaccine.

Expecting it to be free of charge and seeking to allay concerns, Mr Duterte said: “When the vaccine arrives, I will have myself injected in public. Experiment on me first, that’s fine with me.”

Speaking on television on Monday night, he added: “I will tell President Putin that I have huge trust in your studies in combating Covid and I believe that the vaccine that you have produced is really good for humanity.”

The Philippines has among the highest number of coronavirus infections on Asia, with the country’s cases rising to 136,638 on Monday after a record daily jump of 6,958.

Mr Duterte this month restored a strict lockdown in and around the capital Manila for an initial two weeks, responding to pleas from health chiefs for a “timeout” amid a surge in infections.

The president warned he would mobilise the military to enforce coronavirus restrictions if the outbreak becomes “runaway contagion”.

Although the mechanism for Russia’s vaccine candidate has been described, no data on its safety or effectiveness has been published after volunteers were given the vaccine in June.

The WHO has raised concerns that Russia may not be following “established practices” on trialling the jabs.

Spokesman Christian Lindmeier told reporters last week: “Any vaccine... for this purpose should be, of course, going through all the various trials and tests before being licensed for roll-out.

“Sometimes individual researchers claim they have found something, which is of course, as such, great news.

“But between finding or having a clue of maybe having a vaccine that works, and having gone through all the stages, is a big difference.”

Dr Anthony Fauci, chief coronavirus advisor to US president Donald Trump, said last week: “I do hope that the Chinese and the Russians are actually testing the vaccine before they are administering the vaccine to anyone.

“I do not believe that there will be vaccines, so far ahead of us, that we will have to depend on other countries to get us vaccines.”