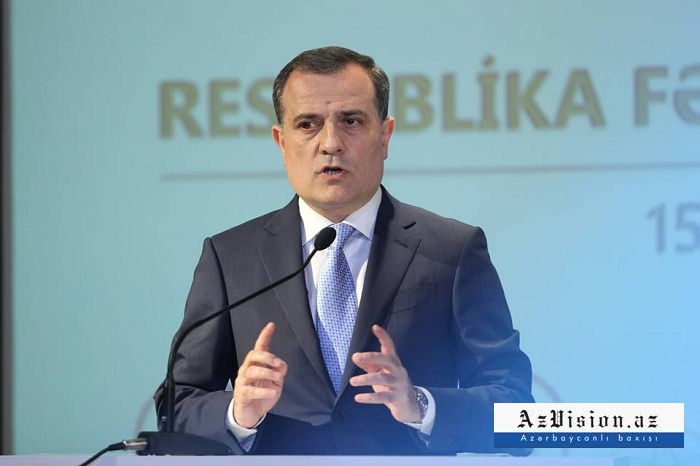 Relations between Azerbaijan and Turkey are a very important direction and priority for our country. We have always mentioned this", Azerbaijani Foreign Minister Jeyhun Bayramov, who is on an official visit to Turkey told at a press conference, AzVision.az reports.

"We have a wide range of bilateral relations covering almost all spheres", he said.

"241 documents have been signed between the countries so far, 29 other agreements are being considered and I consider that they can be signed in the coming days. The bilateral relations develop dynamically in all spheres. Trade turnover has increased by 33 percent compared to the previous year. Despite the difficult circumstances in 2020, 20 percent increase has been registered in trade turnover during the first five months of the year. About 2,000 companies operate in Turkey with Azerbaijani investment. "4,000 Turkish companies operate in Azerbaijan and they have invested $ 12.6 billion in our economy so far", the minister noted.