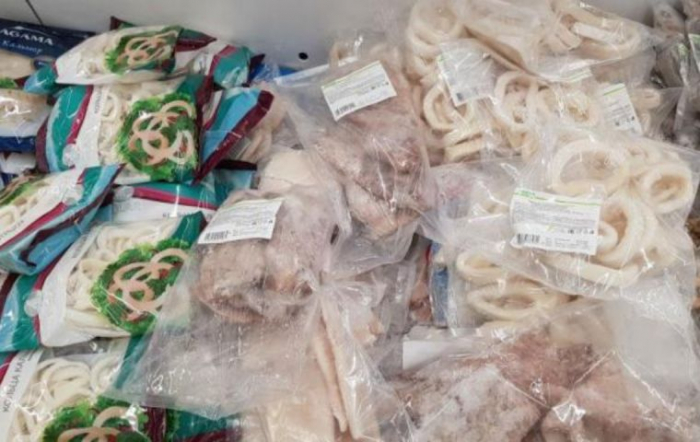 New Zealand reported its first case of COVID-19 in more than 100 days on Tuesday. It's possible the virus arrived via imported food packages.

The country's health officials suggested the new outbreak may be linked to these frozen goods because one of the infected patients works at a store that orders such items from overseas, Reuters reported on Thursday.

Chinese officials reported similar news this week: Traces of the virus were found on frozen shrimp and chicken-wing packages imported from Ecuador and Brazil, respectively.

The municipal health commission in Shenzhen, where officials detected the contaminated chicken-wing packages, warned residents to be "cautious in buying imported frozen meat products and aquatic products in recent days," according to NBC News.

But experts maintain that the chance of catching COVID-19 from frozen food is slim.

"It is possible, but the virus is not very stable outside the human body," Caitlin Howell, a chemical and biomedical engineer at the University of Maine, told Business Insider.

She added, "freezing or refrigerating the virus can help to extend the period of time that it stays infectious, which is why we think that outbreaks at meatpacking plants were occurring so frequently, but transmission via surfaces still appears to be rare – even when those surfaces are frozen or refrigerated."

So far, the Shenzhen health commission reported that no one who's come in contact with the frozen food products tested positive for COVID-19.

You probably don't have to worry about touching frozen food
Chinese health officials have detected coronavirus on frozen packaging before. Frozen seafood packages transported by a foreign ship to Yantai had traces of virus, too, NBC News reported. (The origin of those packages is unknown.) They also found coronavirus on imported frozen foods in Dalian, Xiamen, and Pingxiang last month.

But those findings are not cause for concern, according to Michael Ryan, executive director of the World Health Organisation's Health Emergencies Program.

"There is no evidence that food or the food chain is participating in transmission of this virus, and people should feel comfortable and feel safe," Ryan said in a press briefing on Thursday, adding, "people should not fear food, or food packaging or processing, and the delivery of food."

China has tested a few hundred thousand packaging samples and less than 10 came back positive, the WHO reported.

That's because the virus – if it winds up on such packages at all – is unlikely to survive for the time it takes to ship goods from one place to another, according to Rachel Graham, an epidemiologist at the University of North Carolina.

"Even frozen, on a surface like that, you'll see the virus desiccate and dry out, which renders it completely non-infectious," Graham told Business Insider, adding that the "freeze-thaw process" could kill it as well.

What's more, she said, it's likely that Chinese officials detected viral RNA on the packages, which doesn't pose a big threat.

"While RNA is virologically infectious, practically it is not," she said.

The coronavirus can persist on surfaces, but it's unlikely to make you sick
A person can get the coronavirus if they touch a surface or object that has viral particles on it then touch their mouth, nose, or eyes. The lifespan of the virus on objects depends on the type of material: One study found that it took three hours for the virus to leave tissue and printing paper, while other research suggests viral particles can live up to a day on cardboard and up to three days on plastic and stainless steel.

But the coronavirus typically spreads via airborne droplets (and likely aerosols as well), rather than shared surfaces.

"Throughout the entire pandemic so far, there has continued to be shipping of products all over the world. If transmission via surfaces – whether frozen or refrigerated or not – were a major driver of infection, we would be seeing many case reports on it," Howell said, adding, "the fact that we're not suggests that it is not a major route of infection."

Indeed, the CDC says the virus "does not spread easily" from contaminated surfaces, though the agency continues to recommend that people "routinely clean and disinfect" high-touch surfaces just in case.

Precautions to reduce the risk of coronavirus transmission on surfaces
Howell and Graham both recommend that shippers and shoppers stay vigilant and diligent during the pandemic.

"The best thing that can be done by the manufacturers, shippers, and others in the supply chain is to have a strong, enforced policy of wearing masks, washing hands, and staying home when sick," Howell said.

For individual shoppers, she added, "the best thing for consumers to do is simply to avoid touching their face until they have had a chance to wash their hands or use hand sanitizer."

Your chance of touching a virus-infected surface in a public store is far, far higher than encountering the virus on frozen food, according to Graham.

"It's not something you should be concerned about, but you should continue to be aware of what you touch and then bring to your face. That's going to protect you the most," she said.