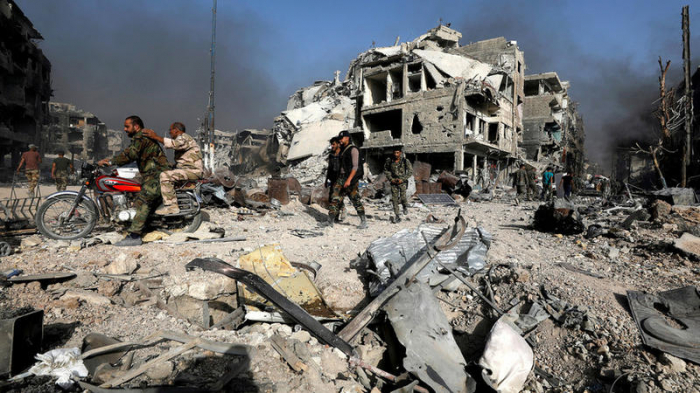 A Russian major general was killed and two servicemen wounded when an improvised explosive device went off near a Russian convoy in eastern Syria on Tuesday, news agencies quoted the defense ministry as saying.

The ministry said the device went off while the convoy was returning from a humanitarian operation near the city of Deir Ezzor.

The statement, released to the Interfax, RIA Novosti and TASS news agencies, said the three servicemen were wounded in the blast and that a “senior military adviser with the rank of major general” died while being evacuated and provided with medical assistance.

No further details were provided.

Thousands of Russian troops are deployed across Syria in support of its army.
Moscow’s military intervention in 2015, four years into the Syrian conflict, helped keep President Bashar Assad in power and started a long, bloody reconquest of territory lost to rebels in the early stages of the war.
In July, three Russian and several Turkish soldiers were wounded in Syria’s restive Idlib province when a joint military patrol was hit by an improvised explosive device.