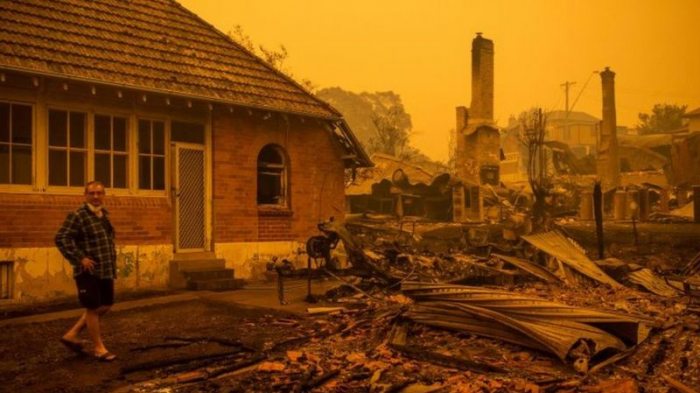 An inquiry into the recent massive bushfire disaster in Australia has found the country should expect "worse" in the years to come.

The review - which looked at New South Wales (NSW), the worst-hit state - made sweeping proposals aimed at better preparing for future fire seasons.

The NSW state government said it would adopt the inquiry's 76 recommendations.

The "extreme and extremely unusual" bushfires destroyed 2,476 houses and 5.5 million hectares of land in that state alone, according to the NSW Bushfire Inquiry report.

"It showed us bushfires through forested regions on a scale that we have not seen in Australia in recorded history, and fire behaviour that took even experienced firefighters by surprise."

The main causes were a drought which had made the land extremely dry and ready to burn, hot and windy weather, and climate change.

NSW Premier Gladys Berejiklian said on Tuesday: "The next fire season is already upon us."

As deadly fires rage in the US summer in California, NSW has seen winter blazes this month - though none have posed a significant threat.