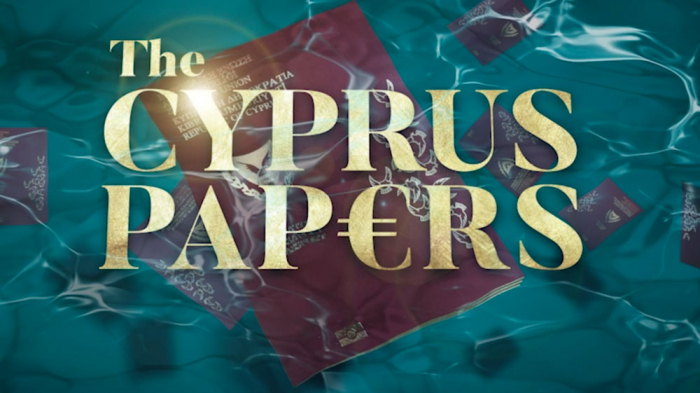 Rich Chinese and Arab officials and businesspeople have in large numbers bought Cypriot passports in an attempt to escape the restrictive regimes of their home countries, Al Jazeera's Investigative Unit has found.

The Cyprus Papers, a huge leak of Cypriot passport application data obtained by Al Jazeera, reveal more than 500 Chinese nationals and 350 Arabs who were approved for Cypriot citizenship after investing at least $2.5m in the European Union member state.

For people from China and the Middle East, having an EU passport is attractive because it allows them visa-free travel, work and banking options throughout Europe, an advantage they would not usually have considering their countries are often flagged as "high risk" for corruption and financial crime.

The Cyprus Papers reveal the Chinese are the second largest group, after the Russians, to have bought passports in a two-year period from late 2017 until late 2019.

Wealthy Chinese began looking outside their own country after President Xi Jinping's 2012 crackdown on "tigers and flies", which started out as an anti-corruption campaign but eventually led to tougher scrutiny of how China's business elite make their money and where they keep it.

Among the Chinese names in The Cyprus Papers are Yang Huiyan and her husband. She is often described as Asia's richest woman, worth an estimated $27bn made through her property company, Country Garden Holdings, which builds luxury estates.

Another Chinese national that now also holds Cypriot citizenship is the relative of a wealthy businessman, whose identity will not be made public by Al Jazeera for the safety of those involved.

The businessman has not been seen since he was abducted in Hong Kong by Chinese security agents earlier this year.

"I think nearly all your very rich in China would probably have a second passport in order to give them some kind of security," Professor Steve Tsang, director of the China Institute at London University's School of Oriental and African Studies, told Al Jazeera.

Until recently, the United States, Canada, Australia and the United Kingdom were favoured options but the ease of gaining Cypriot citizenship, and with it access to the EU, has made the island a prime destination.

Paying the $2.5m for a passport is a small price to pay for increased safety, visa-free travel and the opportunity to move money around with ease.

"Strictly speaking, it's all illegal," Tsang said. "The law in China controls the out-road of capital beyond $50,000 and so if you try to get any money out of that, without going through the formal process and permission, then you are breaking the law.

"Very often they use Hong Kong as a way for getting their money out of China, and there are many creative ways for doing so. And they sometimes also use the casinos in Macau as another way of getting money out of China."

In recent years, China has put pressure on other countries to extradite high-level officials and political opponents but so far the country has not targeted the super-rich.

Tsang warns, if that changes, a Cypriot passport might not provide protection.

"I think Cyprus will never stand up against China if push comes to shove," he said.

"Xi Jinping sticks to views that if you have Chinese blood running through your veins, you are Chinese, and therefore they will come for you anyway."

Another group that has found its way to the Mediterranean island, are people from the Middle East.

More than 350 passports have been bought by Arabs living amid political instability, mainly in Lebanon, Egypt, Syria, the United Arab Emirates and Saudi Arabia.

Some of the applications come from those still holding positions of influence, making them Politically Exposed Persons (PEPs), meaning they are considered to be at higher risk of corruption.

Among those are Apurv Bagri, an Indian citizen and board member of Dubai's Financial Services Authority, and Hussain Al Nowais, board member of the state-owned Emirates Steel and National Petroleum Construction Co.

Saudi Arabia, like China, has seen a crackdown on corruption in recent years following the rise to power of Crown Prince Mohammed bin Salman (MBS), making many Saudis fearful for their futures and wealth.

During that anti-corruption crackdown, several of the crown prince's opponents ended up being imprisoned in the Ritz Carlton hotel in Riyadh in 2017.

The detainees allegedly paid a total of $100bn for their release.

That crackdown, which critics have said was mainly aimed at Prince Mohammed's political opponents, has led several wealthy Saudis to consider the EU a possible safe haven.

The Cyprus Papers reveal that family members of one of those rounded up in the Riyadh Ritz Carlton, a wealthy industrialist who was imprisoned for more than a year without charge, are among those who bought Cypriot passports.

Another person in the leaked documents is a member of the once-wealthy Bin Laden family, which has seen much of their business empire confiscated by MBS.

The individual holding a Cypriot passport is a businessman cleared of any links to the infamous former leader of al-Qaeda, Osama bin Ladan.

Finally, there is a broker who has facilitated multimillion-dollar contracts for Saudi infrastructure projects awarded to foreign companies.

The broker still has close links to the Saudi royal family but has voiced fears for their safety, and is linked to an international corruption investigation involving a Saudi project.

'No violation of regulations'

"For the last 24 hours we have been witnessing an orchestrated effort by the Al Jazeera network, which, after succeeding in securing secret documents of the Republic of Cyprus, is attacking our country through distortion, deception and impressions," Nouris was quoted as saying.

In response to questions asked by Al Jazeera regarding its citizenship-by-investment programme before publication, Nouris said his country "is functioning in absolute transparency".

"No citizenship was granted in violation of the regulations in force, at the given time," Nouris told Al Jazeera.

Among those who obtained Cypriot citizenship, Al Jazeera identified convicted criminals, fugitives from the law and those considered to be at high risk of corruption.