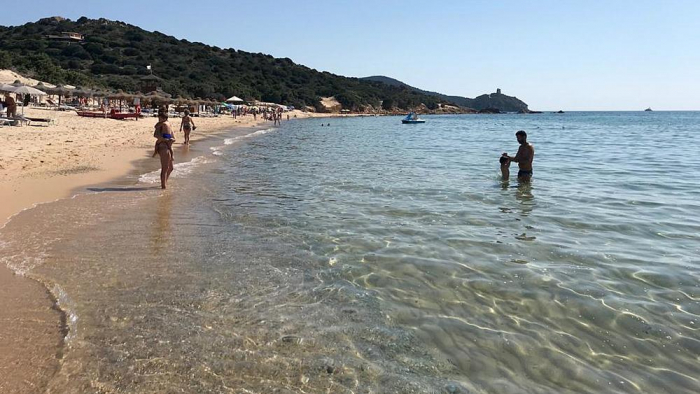 A French tourist has been fined €1,000 euros in Sardinia after authorities seized two kilograms of sand from his luggage.

Local authorities in charge of coastal protection recovered a plastic bottle of fine sand from the man at Elmas airport on the Italian island. The tourist's identity has not been revealed.

White grains of sand from Sardinia's pristine beaches are considered precious and are a protected resource.

"These behaviours not only harm the environment but also compromise the maintenance of the coastline for the sustainable development of tourism in Sardinia," stated the press release on Thursday, quoted by local media.

In August 2019, a French couple were arrested in Sardinia with 40 kg of sand in their car as they were about to board a ferry bound for Toulon.

For several years, Sardinia has prohibited visitors from taking sand from its beaches, often in the form of grains of rice, and sanctions offenders with heavy fines.

In 2015, local citizens set up a Facebook page entitled "Sardinia robbed and plundered" to share accounts of sand being stolen, two years before a new law came into force.