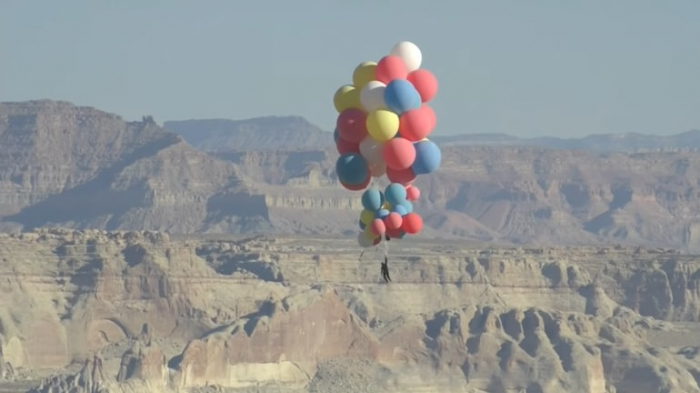 "Ascension" saw Mr Blaine rise over 24,000 feet (7,600 metres) while holding on to a cluster of helium balloons. The 30-minute flight was live-streamed on YouTube.

Mr Blaine is known for being an illusionist and magician and performing daring stunts, including being buried alive and trapping himself inside a life-sized ice block for more than two days.