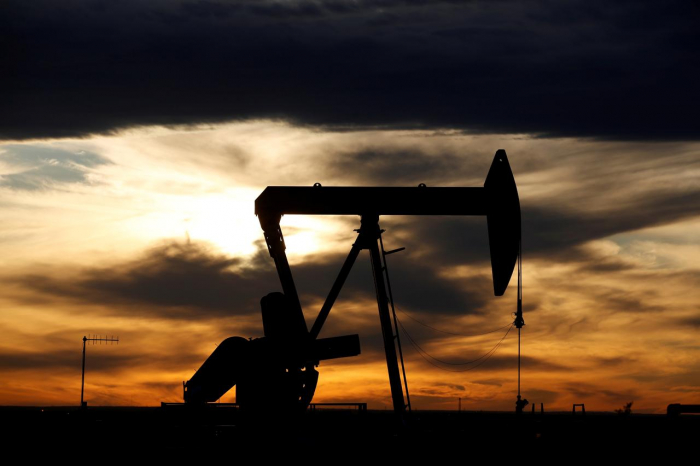 Oil prices slipped on Tuesday as worries over slow recovery in global fuel demand were reinforced by warnings by major oil producers, but short-covering ahead of a meeting later this week of OPEC and its allies, known as OPEC+, limited losses, AzVision.az reports citing Reuters.

“Sentiment in oil markets remained gloomy due to bleak demand outlook by oil producers and as a resurgence in COVID-19 cases in many countries fuelled concerns over slower pick-up in global fuel demand,” said Chiyoki Chen, chief analyst at Sunward Trading.

“Brent and WTI are likely to stay between $35 and $40 a barrel until U.S. demand for heating oil starts picking up as the peak driving season has ended,” he said.

Major oil industry producers and traders are forecasting a bleak future for worldwide fuel demand, due to the pandemic’s ongoing assault on the global economy, with OPEC downgrading its oil demand forecast and BP citing demand might have peaked in 2019.

World oil demand will tumble by 9.46 million barrels per day (bpd) this year, the Organization of the Petroleum Exporting Countries (OPEC) said in a monthly report, more than the 9.06 million bpd decline expected a month ago.

“Still, some investors moved to cash in profitable short positions ahead of the OPEC+ meeting,” said Hiroyuki Kikukawa, general manager of research at Nissan Securities.

Investors look to the joint ministerial monitoring committee (JMMC) by OPEC+ on Thursday to discuss compliance with deep cuts in production, although analysts do not expect further reductions to be made despite Brent prices falling below $40 per barrel in recent days.

Concerns over supply disruptions in the United States from an impending storm also provided some support.

Energy companies, ports and refiners raced on Monday to shut down as Hurricane Sally grew stronger while lumbering toward the central U.S. Gulf Coast, the second significant hurricane to shutter oil and gas activity in the past month.

“Still, the support is limited as oil prices came off quickly after the first hurricane passed, with energy companies being able to make proper preparations ahead of time,” Sunward’s Chen said.

Meanwhile, China’s crude oil throughput in August rose from a year ago, reaching the second-highest on record, as refineries worked to digest record imports brought in earlier this year.