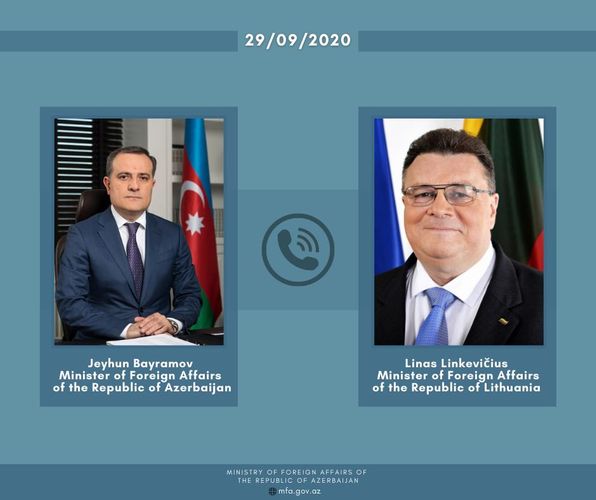 Minister Linkevičius expressed his concern over the tensions in the region and stressed the importance of respecting the ceasefire.

Minister Bayramov noted that the Armed Forces of the Republic of Azerbaijan carried out counter-offensive measures within its internationally recognized borders in response to the new military aggression of Armenia. Minister brought to the attention of his Lithuanian colleague that the armed forces of Armenia continue to target Azerbaijani the civilians and civilian objects, stressing that this is another gross violation of international humanitarian law. The importance of putting an end to the occupation policy of Armenia to ensure the lasting peace and security in the region was stressed.