US asks Iran for help in returning three US citizens 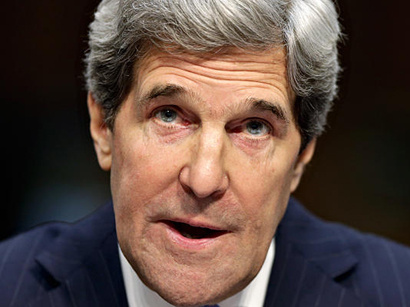 US Secretary of State John Kerry on Wednesday urged Iran to release two Americans from detention and help locate a third missing since 2007, dpa reported.
"The United States respectfully asks the government of the Islamic Republic of Iran to work cooperatively with us in our efforts to help US citizens Robert Levinson, Amir Hekmati, and Saeed Abedini to return to their families," Kerry said in a statement.

Kerry`s statement called on the Iranian government to uphold its offer to help find him.
Iran has expressed doubts that Levinson is still on Iranian soil.

Kerry also called for information on dual US citizens Amir Hekmati and Saeed Abedini, both serving time in Iranian jails.
Thursday marks the two-year anniversary of Hekmati`s detention on what Kerry described as false espionage charges. Abedini, detained for nearly a year, was sentenced to eight years in prison on charges related to his religious beliefs.