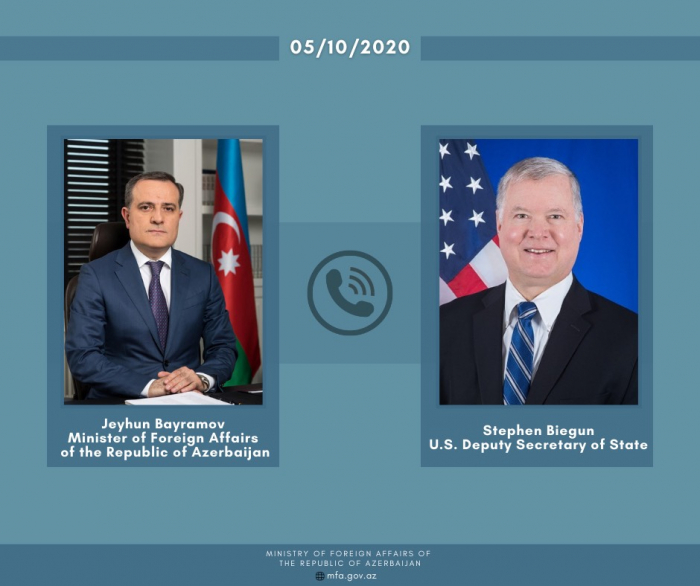 Minister Bayramov informed his counterpart on the latest escalation in the region. It was brought to the attention of the US Deputy Secretary of State that Armenia in a blatant violation of the international humanitarian law, is deliberately shelling the Azerbaijani civilians and civilian objects, including the rocket firing Ganja, the second largest city of Azerbaijan, industrial city Mingachevir, as well as Khizi and Absheron regions located far from the line of contact.

Minister Bayramov informed his interlocutor about the serious casualties as a result of Armenia’s shelling. The minister noted that this military provocation by Armenia is aimed at the deliberate worsening of the situation on the ground and demonstrates the intention of Armenia to enlarge the zone of hostilities.

Biegun expressed serious concern over the increased tension in the region and enlarged the geography of hostilities. He underlined the importance of dialogue via the efforts of the OSCE Minsk Group co-chairs.

Minister Bayramov stressed that Armenia should obey norms and principles of international law, including its obligations under the international humanitarian law, and implement the demands of the resolutions of the United Nations Security Council for immediate, complete and unconditional withdrawal from the occupied territories of Azerbaijan.


More about: Jeyhun-Bayramov   Azerbaijan   US