Azerbaijanis in the UK: Armenia should respect the territorial integrity of Azerbaijan 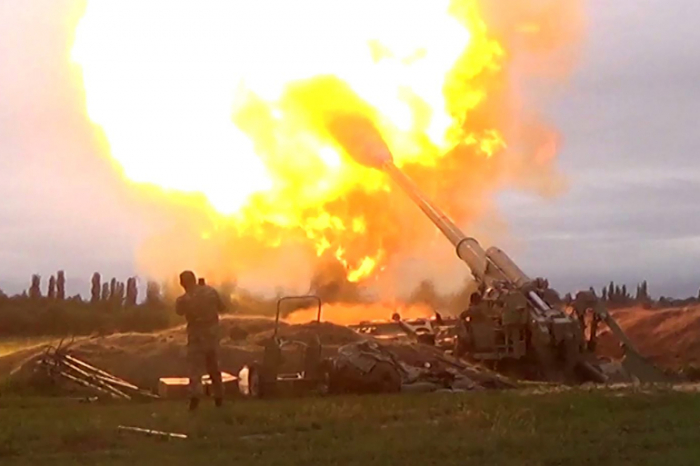 The recent outbreak of conflict in Nagorno-Karabakh has captured the attention of the international community. Suddenly, newspaper and broadcast media are rushing to cover the conflict in a way that they haven't for decades. Much of the reporting around the conflict in Western media is confused and sometimes contradictory. This can make it difficult for ordinary people to fully understand what is happening. Many people outside of the region are surprised to discover that the recent hostilities have their roots not just in the early 1990s but even before that. They are even more surprised to learn that a significant area within the internationally recognised borders of Azerbaijan is currently occupied by Armenia.

The region of Nagorno-Karabakh is part of the internationally recognised territory of Azerbaijan. It has been illegally occupied by Armenian forces since 1991. There have been four UN Security Council resolutions, and two resolutions of the whole UN General Assembly, calling on Armenian forces to withdraw fully from the territory. Despite this, Armenian forces have remained and have frequently conducted provocative military incursions further into Azerbaijan. This intolerable state of affairs has been a destabilising factor in the region for nearly three decades.

Territorial integrity is a basic building block of international law. For nearly 30 years, this principle has been ignored in Nagorno-Karabakh, which has been under foreign occupation. As has been seen in other parts of the world, when territorial integrity is allowed to be compromised it can create a damaging chain of events. Occupations and annexations are dangerous, provocative and always lead to ongoing conflicts.

To reinforce international law, and to reaffirm the principle of territorial integrity, Azerbaijan needs to regain full control of Nagorno-Karabakh. In doing so, a long-running conflict will finally be brought to an end.

Azerbaijan is a modern, diverse, secular state. It is home to a wide number of different peoples from across the region, and beyond. Everyone enjoys the same rights under the constitution and are free to participate in civic life. As a historical bridge between Asia and Europe, it is a tolerant nation with a long history. It's home to a wide variety of religions, all of whom are free to practice their faith. When Azerbaijan takes back full control of Nagorno-Karabakh and allows it to play its part in the future development of the country, the rights of everyone who lives there will be protected by constitutional law.

Both Armenia and Azerbaijan are crying out for peace, and the resolution of this ongoing conflict. When Armenian troops withdraw from Azerbaijan, and Nagorno-Karabakh is again integrated into national life, it will allow both nations to concentrate on economic development. It will also remove a major source of conflict, and one which is destabilising to the whole region. With peace will come major dividends for both countries, creating the basis for a prosperous future for all their citizens.