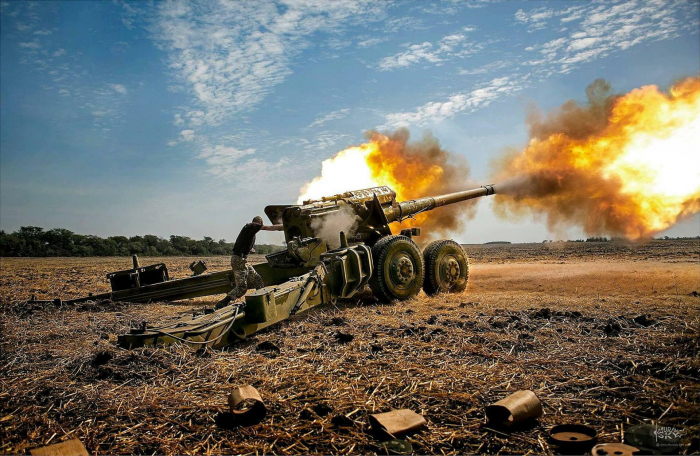 Clashes between Azerbaijan and Armenia still continue on Thursday before talks at which the United States, France and Russia will discuss how to secure a ceasefire and avert a wider war in the South Caucasus, Reuters reported.

Azerbaijani Foreign Minister Jeyhun Bayramov will meet U.S., Russian and French envoys in Geneva on Thursday and Armenia’s foreign minister, Zohrab Mnatsakanyan, is expected to meet officials from the three countries in Moscow on Monday.

The talks mark the start of escalations , increasing concerns about the security of pipelines in Azerbaijan that carry natural gas and oil to Europe.

Washington, Paris and Moscow are co-chairs of the Organization for Security and Co-operation in Europe’s (OSCE) Minsk Group that has led mediation in decades of conflict over Nagorno Karabakh.

Under the international law, Nagorno-Karabakh belongs to Azerbaijan but it is populated and governed by ethnic Armenians.

“The position of the United States has been clear and has not changed: both sides must cease hostilities immediately and work with the Minsk Group Co-Chairs to return to substantive negotiations as soon as possible,” a U.S. spokesman in Geneva said.

Hours before the talks were due to start, Azerbaijan said the city of Ganja, the second largest city of Azerbaijan, had been shelled by Armenian forces.

One civilian had been killed in Azerbaijan’s Goranboy region and other villages and towns were fired on by Armenian armed forces.

30 civilians have been killed and 143 wounded since Sept. 27 in Azerbaijan.

Following the latest reports of fighting, Armenia said it had dismissed the head of its National Security Service in a presidential decree. It gave no reason.

Azerbaijani President Ilham Aliyev’s main demand is for Armenia to set a timetable for a withdrawal from Nagorno-Karabakh and surrounding Azerbaijani territories.

He told Euronews in an interview that Bayramov’s attendance at the Geneva talks “shows who wants negotiations and who wants just accusations against Azerbaijan”.

Armenia has ruled out a withdrawal from territory it considers historic homelands. It has also accused Turkey of military involvement in the conflict and says it has sent in mercenaries without showing any evidence and facts.

“Our position has been and remains that the Karabakh issue cannot be solved through violence,” Armenian Prime Minister Nikol Pashinyan told Euronews.