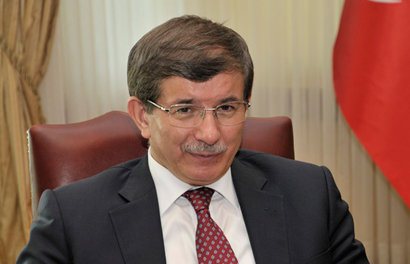 The existence of the Syrian regime which uses chemical weapons against its population is a risk factor by itself, Turkish Foreign Minister Ahmet Davutoglu said, Anadolu agency reported on Thursday.

According to the Foreign Minister, Turkey and other neighbouring countries of Syria intend to develop a plan in the event of the number of Syrian refugees increasing as a result of possible military action against Syria.

Some Western countries, as well as Turkey supported intervention to Syria, after another escalation of situation in the country. On August 21 Media outlets informed about the large-scale use of chemical weapons near Damascus by the Syrian Government Troops.

According to the preliminary data, over 600 people became the victims of the attack. National Coalition of Syrian Opposition claims that the number of victims could reach 1,300 people. After the incident the parties of the conflict repeatedly declared about their innocence, and accused the opponents.

Earlier the US president declared that the use of chemical weapon will be a "red line" for Bashar Assad regime. Media outlets reported about the preparation of Navy and Air Force of Western countries to begin the intervention.