Is it worth investing in Armenia?! - OPINION 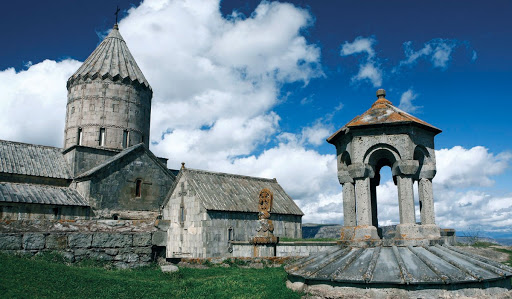 Global spread of false information about Armenia's good performance in order to attract foreign financial resources and implementation of extensive propaganda campaigns may attract the interest of foreign investors. However, drawing attention to the facts and realities, the question arises: "Is it worth investing in Armenia?!" The facts broadly described below confirm that the answer to this question is unambiguously negative.

Armenia's macroeconomic prospects do not bode well for investors

General economic indicators, high external debt, current account deficit lead to disruption of economic stability in the country, which, in its turn, jeopardizes the return on investment.

It is no coincidence that the influential international rating agency Fitch has downgraded the Long-Term Foreign-Currency Issuer Default Rating (IDR) of Armenia from BB- to B+. This indicates that the country's solvency on obligations is extremely sensitive to the deterioration of the economic and business environment and indicates the presence of a default risk. According to the agency's forecasts, by the end of 2020, the Armenian economy will shrink to 6.2%, and the ratio of total public debt to GDP will rise to 6.9% and will reach 65.6% by the end of 2021. In addition, according to the Doing Business report of the World Bank, Armenia has established itself at the lowest position (47) in the region.

Armenia is the country with the most limited logistic opportunities in the region.

The lack of direct access to the sea, remoteness from international logistic projects and, at the same time, closed borders with two neighboring countries due to the occupation policy towards Azerbaijan, further exacerbate these restrictions and increase transport costs.

In Armenia, the main indicators that are taken into account to when making direct foreign investments are very low. So, Armenia does not meet such requirements as an indicator of investment efficiency, the availability of resources, the volume of strategic assets, the availability of a specialized workforce, and the availability of opportunities to enter foreign markets. The negative macroeconomic environment of this country, which is very poor in terms of resources, and the low level of strategic assets are sufficient to prevent adequate investors from choosing it. In addition, the problems with access to foreign markets due to logistical constraints, a low quantity of labor force due to depopulation and a high rate of emigration have a negative impact on the efficiency of investments in Armenia.

The small amount of land suitable for agriculture and the remoteness of export markets also reduce the country's potential in this area.

Included in the list of top 25 countries for the ineffective fight against coronavirus, Armenia once again proved the limitedness of its institutional resources

By being unable to combat the COVID-19 coronavirus effectively, Armenia has brought the country's economy face to face with great damage in various areas. This country has the highest level of infection and deaths in the region, and this situation continues. Thus, Armenia ranks 23 with the number of COVID-19 deaths per million people (337.09 per million). It ranks first among the post-Soviet countries. Today, the number of infected is increasing as well.

The political instability in the country, government’s multidirectional and inadequate foreign policy, as well as the direct impact of this policy on companies investing in Armenia, make it difficult to predict the long-term risks of investment activities carried out in this country.

While other countries in the region are multinational, Armenians make the majority of the Armenia’s population, and that proves the mono-nationalistic inclination of the Armenians. The Armenian people often do not show tolerance towards investors and create obstacles for their activities. In its turn, the government avoids protecting the rights of investors. The deliberate harassment of investors coming from certain countries and the application of various sanctions against them is also part of the biased policy of the Armenian government. Thus, due to the pressure exerted on it and various obstacles created against its activities, “Lydian International”, operating in Armenia, lost activity and faced the suspension of the sale of shares on the Toronto Stock Exchange.

Investments made in Armenia finance its aggressive occupation policy

The occupation policy of Armenia against Azerbaijan contradicts all international acts and norms. Settlement, mining, and economic activity in various spheres in the territories that are internationally proved (UN Security Council Resolutions on the Nagorno-Karabakh conflict No. 822, 853, 874, 884) to belong to the Republic of Azerbaijan without the consent of the Azerbaijan’s government bring government of Armenia as well as private companies involved in this activity to legal responsibility. As a result, investors investing for profit are put at risk of paying compensations. In other words, because of high risk/reward ratio the investments in the territories occupied by Armenia is not a rational step. At the same time, the attempts of Armenia to propagate groundless false information met counterarguments proved by facts, and that made the country lose its influence in the international arena. It also confirmed that the country is not reliable for cooperation in various fields.

Coming to moral and humane approach, by pursuing an aggressive policy for many years, inflicting damage on the civilian population and settlements with its military equipment, Armenia continues the conflict that can be resolved peacefully. Moreover, we should emphasize that Armenians also launched unexpected strikes not on the areas of hostilities, but on civilian targets located in other regions not related to these battles.

At the same time, by using long-range cluster missiles banned throughout the world to engage civilian targets Armenia also violated the Geneva Conventions. 27 civilians killed and 141 wounded within only 10 days because of attacks of Armenian army proves how far it is from humanism.

Armenia’s government forcibly draws its citizens to war and does not take into account the population's desire for peace, the lack of food, and the difficult living conditions in the country. In parallel, Azerbaijan has repeatedly offered and is still offering an easy peaceful solution to the conflict without losses. Not caring about the social well-being of its citizens, Armenia resorts to large external borrowings and directs the financial resources flowing into the country to its aggressive policy. Investments made in Armenia, taxes and fees paid to the state budget, support the policy of economic militarism of this country. From this point of view, even if not taking into account the other listed risks, investments made in the Armenian state are considered at least inhuman and directed against society.

That is why we call every investor to think seriously before investing in Armenia.