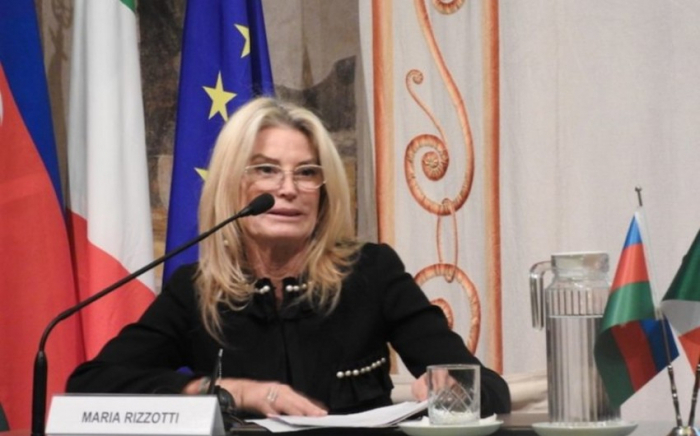 Senator Maria Rizzotti, deputy chairwoman of "Forza Italia" political group in the Italian Senate, deputy chairwoman of the Italian-Azerbaijani Friendship Association in parliament strongly condemned Armenia's rocket attacks at various Azerbaijani settlements, which resulted in gross violations of the humanitarian ceasefire agreement by the Armenian armed forces and deaths of many civilians.

"Despite being a country under military aggression, Azerbaijan has accepted the calls of the international community for a ceasefire. The events of the last 24 hours are further evidence of Armenia's gross violation of the ceasefire for escalation of the conflict. As a result of the Armenian rocket attacks, 10 civilians were killed and 34 people injured, including children," Maria Rizzotti underlined.

The Italian senator noted that it is a moral obligation to immediately stop the Armenian armed forces, which have committed genocide and war crimes against the Azerbaijani people.

At the end of her statement, Senator Rizzotti stated that she expects the international community and the Italian government to strongly condemn these atrocities against the Azerbaijani people and demand withdrawal of Armenian troops from Azerbaijan in accordance with UN Security Council resolutions.

The statement of the Italian senator was published by the Italian news agency "Agenzia Nova".